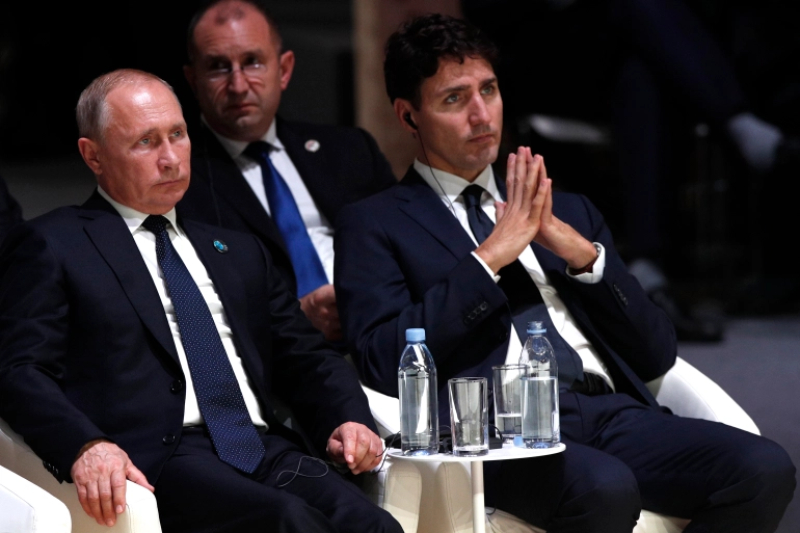 In response to Canadian sanctions that were imposed in March, Russia has decided to answer by banning nine Canadian citizens from its territory indefinitely.

This was announced by the Russian foreign ministry on Monday.

Canada had, on March 24, imposed sanctions on nine Russian officials because of “systematic and gross violations of human rights in Russia,” and this had prompted the Kremlin to come forth with a response.

Deputy Defence Minister Jody Thomas also became the target of sanctions along with Brenda Lucki, who is the head of the Royal Canadian Mounted Police. Her deputy Brian Brennan has also been banned from entering the Russian territory, as per the report released by Russia.

Moscow said these entry bans were “reprisal measures” in response to the sanctions slapped on nine Russian officials.

Canada’s Foreign Ministry has refrained from making any immediate comment.

Canada, at the time of imposing sanctions, had said that its measures were an answer to “gross” rights violations and the cornering of Navalny, President Putin’s most outspoken domestic critic.

Navalny was arrested this year and was sent to serve a two-and-a-half-year jail term for parole violations in link to an embezzlement conviction that he says was fraudulent.

Navalny was arrested on his return to Russia from Germany in January where he was, as per German authorities’ conclusion, poisoned in Russia with a banned nerve agent. The Kremlin however denies these allegations and says that it has seen no evidence that he was poisoned and that jailing is not political in any way.