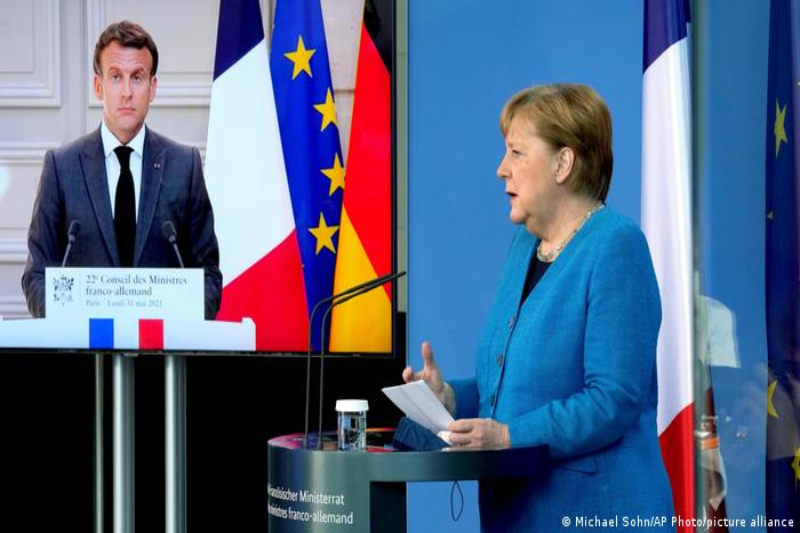 Europe once again proves that it is divided on the management of migratory flows. On migrants, “Italy will continue to do its part in terms of resources and training capacities, but rapid and concrete action by the European Union is needed”. This is the appeal of the Italian premier, Mario Draghi, pronounced at the end of the face-to-face at Palazzo Chigi with the Libyan premier Abdelhamid Dbeibah. A message that, not surprisingly, comes from Rome just as the last Franco-German ministerial council of the Merkel era was staged. The French President, Emmanuel Macron, and the German Chancellor met yesterday to discuss several items on the agenda, including NSA espionage in collaboration with Danish intelligence, the crisis in Mali and Ukraine. There was, however, a passage on the immigration issue. A thorny issue for both leaders, whose parties are involved in the electoral campaign.

In Germany there is a vote on September 26 and Merkel is trying to avoid unpopular choices that could give votes to the sovereignists of Alternative für Deutschland. The same goes for the French president, who in the autumn will find himself engaged in a new race for the presidential elections against the leader of the Rassemblement National, Marine Le Pen. Both, however, know that departures from the coasts of North Africa will begin again as summer approaches. What has happened in the last few weeks in Lampedusa and Ceuta is just a taste of what awaits us with the arrival of summer. For Paris and Berlin, a solution could be reached with the reactivation of the Malta agreements of September 2019, which provided for the redistribution of migrants within a maximum of four weeks or for immediate repatriation for those who are not entitled to asylum, based on guarantees provided before disembarkation.

The “will” to restore the mechanism on the part of France and Germany is there, they assure from the Elysée to the Republic. The proposal that will be formulate at the next European Council on 24 June is to divide migrants into quotas. 30 percent would remain in Italy, and an identical percentage would be welcomed in Germany and France respectively. The remaining 10 percent, on the other hand, will be taken over by the other European countries who will volunteer. But in the Franco-German plan, there is also a chapter dedicated to pushbacks. The French president and the German interior minister, Horst Seehofer, are pushing to reaffirm their right to send the “Dubliners” back to the country of the first landing, namely Italy. The goal is to block the “secondary movements” of those heading towards Northern Europe. At the summit, it was said plain and straightforward. This is one-third of asylum seekers registered in France.