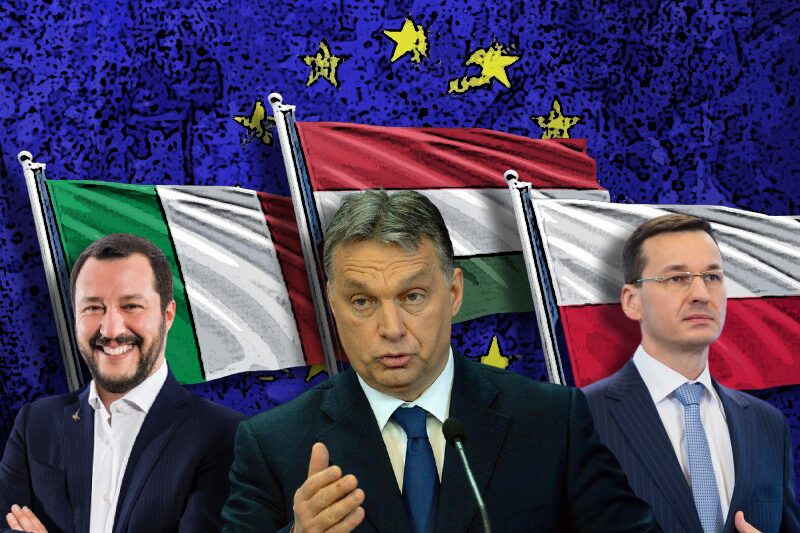 Hungary, Poland and Italy are not going to stop at anything and are now planning to get together in an alliance, to ensure that their voice is heard loud and clear. The countries believe that the EU bloc continues to ignore their concerns over lacking sanctity of their Christian values.

In a meeting in Budapest recently, all three nations vowed to create a like minded alliance that would help them create a “European renaissance based on Christian values.”

The three nations do not see eye-to-eye with the rest of the European Union over Covid-19 vaccine candidate selection and other issues. The trio had also refused to participate in the stimulus funding contribution which was support the poorer nations of the bloc post the lockdown opening up.

They trio has discussed the distribution of Corona virus vaccines among EU member states and urged the European Commission to increase the pace of purchases.

The biggest bone of contention for the three remains the rule of law. Everything they are doing is centering on this one thing. They plan to reassemble in May, depending on the spread of the virus. Both Orbán and Morawiecki head right-wing governments, whose legislation has been often criticised by the European Commission and the European Parliament for its anti-liberal and authoritarian drift.

Despite the show of unity and fraternity between Orbán, Morawiecki and Salvini, the ideologies they advocate are not completely compatible, with several issues, such as relations with Russia, representing a potential source of discrepancy. The Hungarian government has already purchased the Russian Sputnik vaccine, much to the disappointment of the rest of the EU bloc.