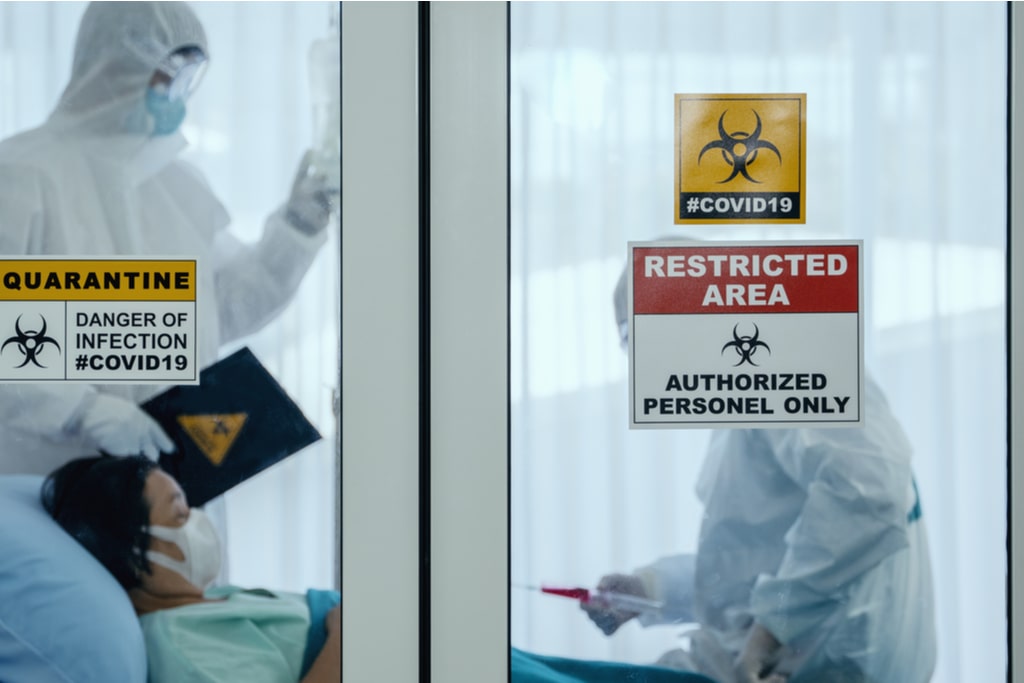 Coronavirus in the world, between vaccine chaos and contagions new records

Coronavirus in the world, between vaccine chaos and contagions new records

“Vaccines are our best way out of this pandemic. However, the rollout is unacceptably slow and is prolonging the pandemic,” WHO Europe Director Hans Kluge said in a statement. Who then expressed concern about the current peak of cases in Europe: “It is the most worrying in months.” The German Permanent Vaccination Commission (Stiko) advises people under 60 who have received the first dose of AstraZeneca to have a different vaccine injected for the second dose. This is what we read in a “draft decision” presented late last night by the German vaccination authority.

The quality control process “identified a batch of active ingredients that did not conform to quality standards at Emergent BioSolutions in the USA. This batch never went through the filling and finishing stages of our manufacturing process. This is an example of the rigorous quality control applied to each batch of active ingredient “. This was announced by Johnson & Johnson after the blocking of a batch of anti-Covid vaccine at Emergent. The issue “was identified and addressed with Emergent and shared with the US FDA. Quality and safety continue to be our top priority.”

“The United States may not need AstraZeneca’s COVID-19 vaccine, even if it gets approval,” Anthony Fauci, the virologist who leads the US task force, tells Reuters. The vaccine has been authorized for use by dozens of countries, excluding the United States. Fauci, director of the National Institute of Allergy and Infectious Diseases and chief medical adviser to the White House, said that “the United States has sufficient contracts with other vaccine manufacturers to vaccinate the entire population, and perhaps even for boosters in the fall.”

Asked whether the US will use AstraZeneca doses, he said: “Nothing has been decided yet. My feeling is that given the contractual relationships we have with several companies; we have enough vaccine to satisfy all of our companies. needs without resorting to AstraZeneca.”

Late last year, the drug manufacturer and the University of Oxford released data from an earlier study with two varying degrees of vaccine efficacy for a dosing error. Then, in March, more than a dozen countries temporarily suspended the use of AstraZeneca’s vaccine after it was linked to a rare blood clotting disorder. Also, in March, a US health agency said the company’s data provided an incomplete picture of its effectiveness. Days later AstraZeneca published results showing reduced, though still strong, efficacy. Fauci said that “If we calculate the number (of doses) we will receive from J & J, from Novavax from Moderna and we bargain for more, it is likely that we can manage the vaccination campaign, but I cannot say for sure.”

The entire American adult population, aged 16 and over, can be vaccinated. With the announcement of Arkansas, the latest that had not yet made a decision, all fifty states have approved vaccination for even the youngest, covering the last portion of the adult population. The first to begin with the distribution of doses to 16-year-olds was Alaska on March 9, followed by Mississippi, West Virginia, Utah, and a part of Arizona. Between Monday and Thursday, it was the turn of twelve other states, including Texas and Connecticut. New York has announced the start of the administration to children from April 6. California starts on April 15th. The last, on May 1, will be Oregon, South Dakota, Nebraska, Hawaii, Alabama, and New Jersey.