Home » Italy finally has a serious government that reassures Europe and the Italians, Mario Draghi’s identikit
By    EU Reporter      February 4, 2021 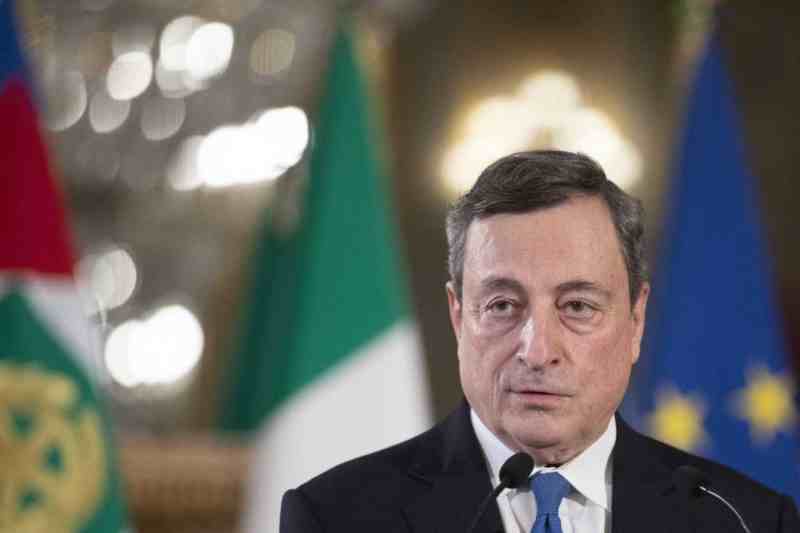 Italy finally has a serious government that reassures Europe and the Italians, Mario Draghi’s identikit

After weeks of political crisis, with the fall of Giuseppe Conte, Italy has a new government. “I thank Mattarella for trusting me,” thus began Mario Draghi’s brief speech immediately after receiving the task of forming a new executive for Italy by the president of the Republic, Sergio Mattarella. “It is a very difficult moment, we are called to great responsibilities,” the former president of the European Central Bank (ECB) added. For the new Government, the priorities are winning the pandemic, completing the vaccination campaign, offering answers to daily problems, and relaunching the country.

Circumstances called Mario Draghi to another rescue, yet another in his career. He is the man designated by the Quirinale to set up a “high profile” government. Meanwhile, the Italians started to count the ruins of this government crisis. To those who, in recent days, had asked Draghi if he would ever accept the position, he said: “as long as the majority is large enough.” The hope was that of never having to respond to Colle’s call: this would have meant having to acknowledge the failure of Italian politics. And instead.

But who is Mario Draghi?

Born in Rome in 1947, Draghi attended the Jesuit high school. At the age of 15, he remained orphan by both parents: an aunt took care of him and his brothers. He is graduated from the Rome universities with the famous reform economist Federico Caffè and specialized at MIT in Boston with Franco Modigliani and Robert Solow. The time passes, and the first appointments arrive as a teacher in Italian and American universities: he works alongside the governors Guido Carli and Carlo Azeglio Ciampi. Then the carreer jump: he becomes one of the executives of the investment bank Goldman Sachs.

In 2005, Draghi returned to Rome. Address: via Nazionale, the Bank of Italy headquarters. Draghi defined the Institution as “despite its institutional integrity but wounded,” after the scandals that marked the departure of Antonio Fazio, his predecessor. The bank shed his skin, assuming a hitherto unprecedented role: that of “an independent and trusted consultant to Parliament, the Government, the Public opinion,” as he explained during a conference in London. But in 2008, the first frictions arrived with Giulio Tremonti, Minister of the Treasury in the Berlusconi government. With the financial maneuver, the misunderstandings begin.

In 2012, with what has now become a maxim, whatever it takes, The Financial Times and The Times named Draghi “Man of the year.” In January 2015, three years after Draghi launched Quantitative Easing, allowing the ECB to purchase government bonds of Eurozone countries for 60 billion euros until September 2016. In 2019, the handover to Christine Lagarde, in the presence of 110 journalists following him, 22 radio and television stations listening to him. When asked: “What will you do now?”, He replies: “Ask my wife, I hope she at least knows.”

On 26 July 2012, Mario Draghi headed the European Central Bank. Whatever it takes, it must save the future of the single currency. The ECB would have defended the euro because the euro, says Draghi, “is an irreversible fact, an indispensable achievement for the European project.”

With the Coronavirus pandemic outbreak in March 2020, Mario Draghi addresses the economic debate with a single sentence: “Much higher levels of public debt will become a permanent feature of our economies. So, no idea of austerity, but a necessary and hopefully sustainable debt.” And again: “The shock we are facing is not cyclical. The loss of income is not the fault of the sufferer. The cost of hesitation could be irreversible. The memory of the suffering of Europeans in the 1920s is a warning,” explained Draghi.

On August 18, during the inaugural meeting of Rimini, the Meeting 2020 Special Edition, the former president of the ECB gave the public not a lesson in economics, but ethics. We must accept the inevitability of change with realism, and at least until a remedy is found, we must adapt our behavior and our policies. But we must not deny our principles. Economic policy is not expected to add skepticism to that caused by the pandemic and change. Otherwise, we will end up being controlled by uncertainty instead of being the one to control it. We would lose our way. The words of Reinhold Niebuhr’s “prayer for serenity” come to mind, asking the Lord: “Give me the serenity to accept the things I cannot change, the courage to change the things I can change, and the wisdom to understand the difference.”