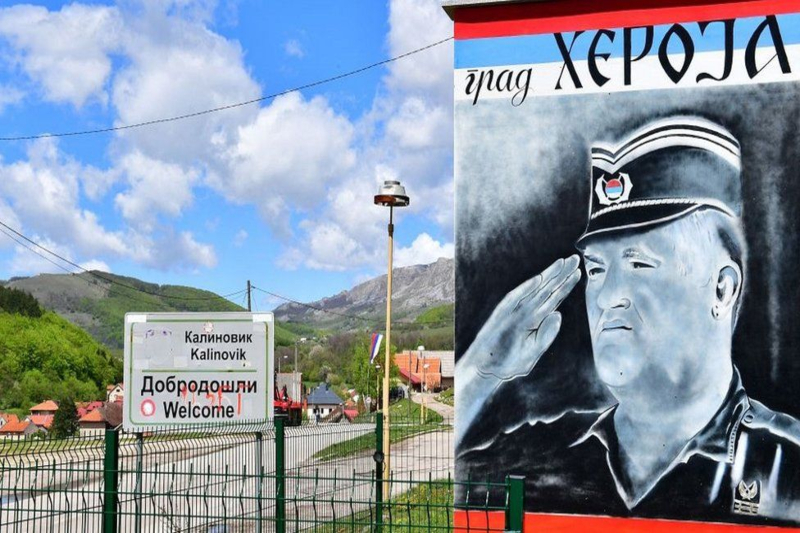 Bosnian Serb wartime commander Ratko Mladic is being celebrated as a wartime hero by Bosnian Serbs and ethnic Serb leaders. To counter this, UN appointed High Representative Valentin Inzko ordered the ban on genocidal denial, to which Bosnian Serbs are reacting furiously.

Inzko, the Austrian diplomat who is overseeing Bosnia’s 1995 peace deal said it was a necessary step to stop glorification and celebration of war criminals. “I had to do something – I followed my conscience. If you’re in a country where war criminals are glorified, this cannot be a good future,” he said.

Last month in The Hague genocide conviction was confirmed of Ratko Mladic. But some ethnic Serb leaders were still labeling and celebrating him as a wartime hero.

Milorad Dodik, Bosnian Serb member of Serbia’s joint presidency has launched a petition that claims Srebrenica Massacre was not a genocide act. According to the new amendments by Inzko, such denials will now be a punishable offence and can lead to imprisonment of up to 5 years.

The worst atrocity of war, Srebrenica massacre, led to killing of about 8000 captive Bosnian Muslim men and boys, also known as Bosniak.

Inzko, who is about to leave office in few days, remains unstirred by protests to the ban. “These reactions were expected,” he said. “Maybe there will be more graffiti for a short period. But maybe soon there will be less, or it will stop. The posters of Ratko Mladic put up in Srebrenica this week have already disappeared.”

Inzko who is the High Representative in country appointed by the United Nations, has powers to push laws, amendments as well as dismiss politicians under the peace settlement. “I gave local politicians the chance to adopt a [genocide denial] law on their own,” Inzko said. “This would have been best. But four or five efforts have failed – and in the last 10 years there was no possibility to have such a law on genocide denial.”

Next month after Inzko leaves office, German politician Christian Schmidt will take over the position.