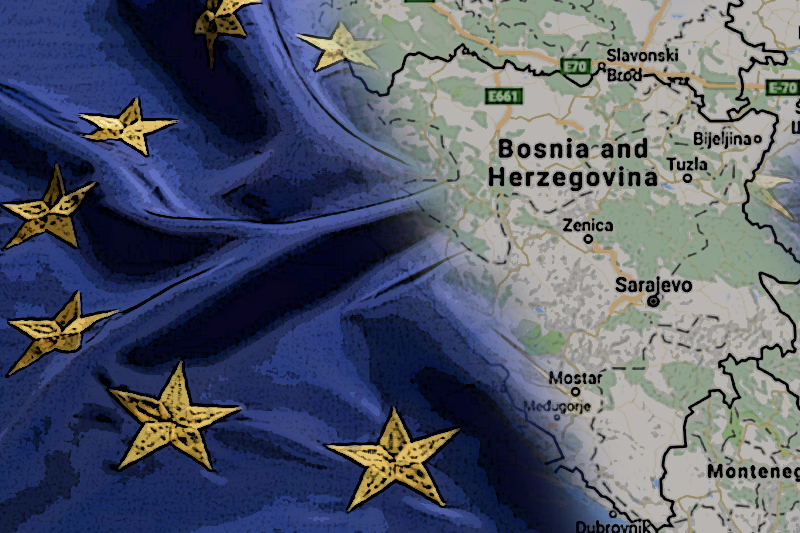 There are rumours about a possible memo leaked that is talking about redrawing the boundaries for countries that were formed after the breakup of Yugoslavia between June 1991 and April 1992. The memo has not been discussed by the European Council since it was received two weeks ago, but apparently, got into the hands of media and is now being widely investigated.

It is to be noted that the document remains unsigned and reached the EU’s highest circles, including President of the European Council Charles Michel. According to the memo, it is proposed that Serbia, Croatia, and Albania should be expanded. This will inevitably lead to the swallow-up of parts of neighbouring Bosnia, North Macedonia and Kosovo.

The so called ‘non-paper’ or an unofficially unsigned document seemed to have originated from the office of Slovenian Prime Minister Janez Janša who did not deny or approve of the authenticity of the document.

This region is still recovering from trauma of war. On top of that, this kind of reshuffling and redefinition is like the last nail in a grave where nations are already reeling under pressure of being vaccinated and fighting the ongoing war with the Coronavirus pandemic as well.

Political analysts believe that this redefinition is totally on the lines of ethnicity. This isn’t the time to fight over this anyway, is a general consensus of various MEPs and individual nations too. Strangely, EU institutions are keeping quiet about the whole thing as of now.

This thought and possible action in document is anyway, in direct contradiction with EU and international efforts to foster multinational states in the Western Balkans. The controversy is well timed- comes as Slovenia is due to hold the EU’s rotating presidency in the second half of 2021. Speaking on the occurrence of the memo in media, Peter Stano, lead spokesperson for foreign affairs and security policy at the European External Action Service has said, that they don’t intent to comment on the occurrence of any such document at all. Additionally, he has said that, “Only the EU delegation and EU-led peacekeeping force EUFOR in Bosnia issued a statement on April 15 asserting the bloc was “unequivocally committed to the sovereignty, unity and territorial integrity of Bosnia and Herzegovina.”