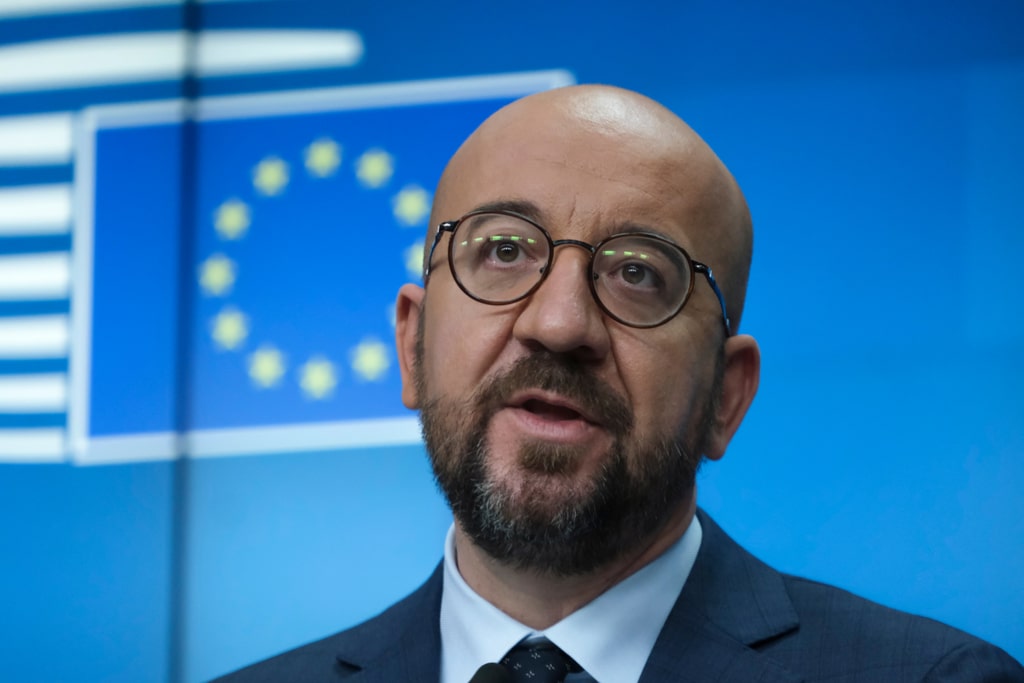 Two armchairs for three presidents. The meeting between Recep Tayyip Erdogan and the representatives of the European Union Ursula von der Leyen and Charles Michel turned into a diplomatic incident. The President of the Commission and the President of the Council arrived in Ankara to restart relations between the EU and Turkey, but also to express their concern for the country’s withdrawal from the Istanbul Convention against violence against women on March 20. Europeans found themselves faced with a rude protocol: in the hall of the sumptuous presidential palace, there were only two armchairs with their respective flags behind them.

Michel and Erdogan did not hesitate and sat in front of von der Leyen, amazed, clearly embarrassed, and irritated. In the end, the European leader waved her right hand and, muttering an “ehm” of disapproval, positioned herself on a sofa in front of the Turkish Foreign Minister, Mevlut Cavusoglu, who however is below her in protocol diplomatic.The unfortunate episode, immortalized by the official video of the meeting, immediately bounced on social networks with the hashtag #sofagate.

Many have wondered why Michel did not react. In diplomacy, but not only, form is substance. And the most widespread criticism invests the credibility of the EU in demanding respect for women’s rights when the president of the European Council allowed von der Leyen to be side-lined.

Many have read the rudeness as an act of sexism. “The #vonderLeyen chair becomes the flag of European values ​​and the shame of #Erdogan” tweeted the secretary of the Democratic Party, Enrico Letta. And the EPP Group in the EU Parliament said: “Someone should be ashamed of the lack of an adequate place for von der Leyen in Erdogan’s palace.” The socialist groups are also indignant.

The word hem “is the new term for: this is not how EU-Turkey relations should be,” he said of the Greens. For League MEPs “it is time for Brussels to pull the plug from negotiations with the dictator.”Late yesterday, Michel said that “while perceiving the deplorable nature of the situation” he and von der Leyen “chose not to make it worse by creating a public accident.” He spoke of a “desolating situation” produced by the strict interpretation of the protocol rules by the Turkish services.

However, on 16 November 2015, in a meeting at the same level, on the side-lines of the G20 chaired by Turkey in Antalya, both EU leaders of the time, Jean-Claude Juncker and Donald Tusk, were seated in two armchairs equidistant to Erdogan’s sides. The same had happened on other occasions.Something must not have worked in the organization because it is evident that von der Leyen had not even been warned of the seating arrangement. And usually, the so-called scene setter is an important moment in planning the visit.

“Von der Leyen expects to be treated according to the protocol rules and has asked his people to ensure that these incidents never happen again” explained yesterday the spokesman of the Commission, Eric Mamer, underlining that the president “has chosen to concentrate on the substance of the problems ».

For Carlo Marsili, former Italian ambassador to Turkey, “when a visit is prepared, there are two parties who decide what happens: one is the local protocol, in this case Turkish, the other that of the embassy of the guest delegation”. The EU ambassador to Turkey is the German Nikolaus Meyer-Landrut, adviser to Merkel from 2011 to 2015: “It was enough that he demanded equal treatment,” says Marsili.

However, the Socialist MEPs do not think so. In addition to criticizing President Michel for failing to take a stance, they believe that the President of Parliament should apologize or renounce his role. It should be remembered that the Socialists represent the majority in Brussels and their demands will have to be taken into account in a special session expected in the next few hours.