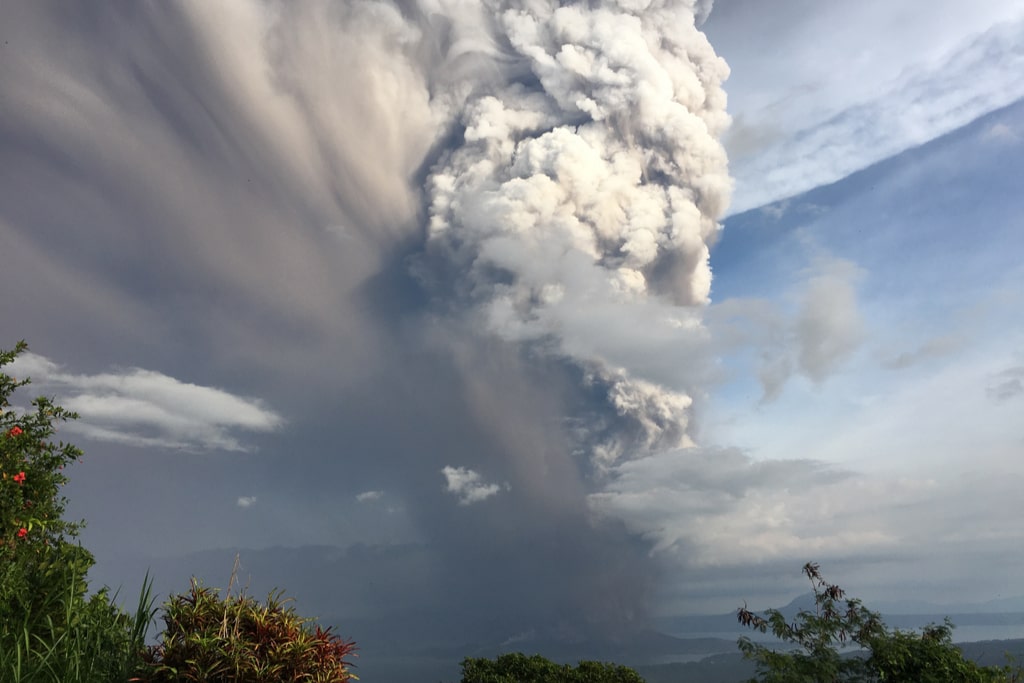 La Soufriere volcano, which had remained dormant for decades now, erupted with an ‘explosion’ leading to thousands evacuating their homes.The volcanic eruption on Caribbean island of St Vincent led to the blanketing of island with ash and smoke.

The volcano started showing some volcanic activity from December and it picked up this week. After being dormant since 1979, from December Soufriere began disgorging smoke and steam, along with some rumblings.

The first sign that an eruption is imminent was evident on Thursday evening after a lava dome was visible on the volcano. On same night Prime Minister Ralph Gonsalves urged over 16,000 residents to evacuate the ‘red zones’.

On Friday just before 9:00, seismologists from University of West Indies said that an “explosive eruption” of volcano is any time possible now. People evacuated were then taken on cruise ships and to safer parts of the island.

Since then the volcano has spewed dark ash plumes 6 km high into the air. The ash fall has been recorded at least up to Argyle International Airport which is around 20 km from the volcano, informed St Vincent’s National Emergency Management Organization (NEMO).

A resident shared that he could see “a huge ball of smoke” after which there was panic all around. A volunteer, Lavern King said, “People are still being evacuated from the red zone, it started yesterday evening and into last night. The place in general is in a frenzy.”

Another explosion was recorded later on Friday night by UWI Seismic Research Centre.

Issuing an advisory to people, NEMO wrote on Facebook, “Now that the La Soufrière volcano has begun erupting explosively, ash falls will soon overwhelm us. Be sure to get rid of or clean up the ash, soon after it falls. If rain falls, the ash could harden and pose a danger to you.”