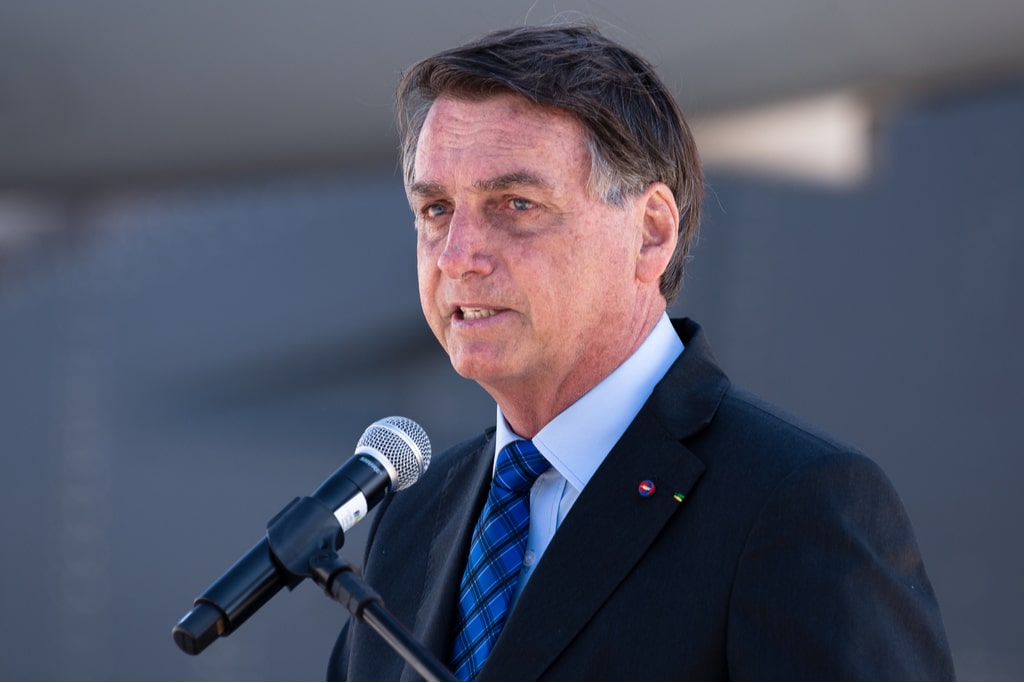 Bolsonaro says military to obey any given orders

Brazilian President Jair Bolsonaro asserted on Friday that his orders given to the military would be met with compliance by the latter.

His statement has raised several eyebrows on the politicization of the armed forces whose job by the book is to stay neutral.

Bolsonaro, speaking during a TV interview, said if he ordered the military to take the streets to restore order, “the orders will be followed”.

“I will not go into details of what I’m preparing for,” he said, adding that “if we were to have problems, we also have a plan of how to get into the field … our military could take to streets one day.”

Being a far-right former army captain, Bolsonaro has long been a vocal supporter of Brazil’s two-decade military dictatorship. Critics say that he will do little to ease those who stay anxious about his politicization of the military.

His opponents are worried about his commitment to a peaceful transfer of power in case of a close result in next year’s presidential election.

Pressure has grown on Bolsonaro as Brazil’s coronavirus pandemic has gone out of control. He has faced immense criticism for his handling of the scenario, which has the second-highest coronavirus death toll in the world after the United States.

Bolsonaro swapped all three commanders of the armed forces as part of a cabinet reshuffle last month.

He put his former chief of staff as head of the Defense Ministry, a step that was met with fright from senior military officers.

Bolsonaro has made unaccounted allegations, since his 2018 election victory, of voter fraud in Brazil. Critics say that his accusations could lay the foundation to challenge upcoming elections.

A scenario of rough transfer of power can appear in Brazil just like it happened in the U.S. where Bolsonaro’s political idol, Donald Trump didn’t accept defeat and created a rumpus.