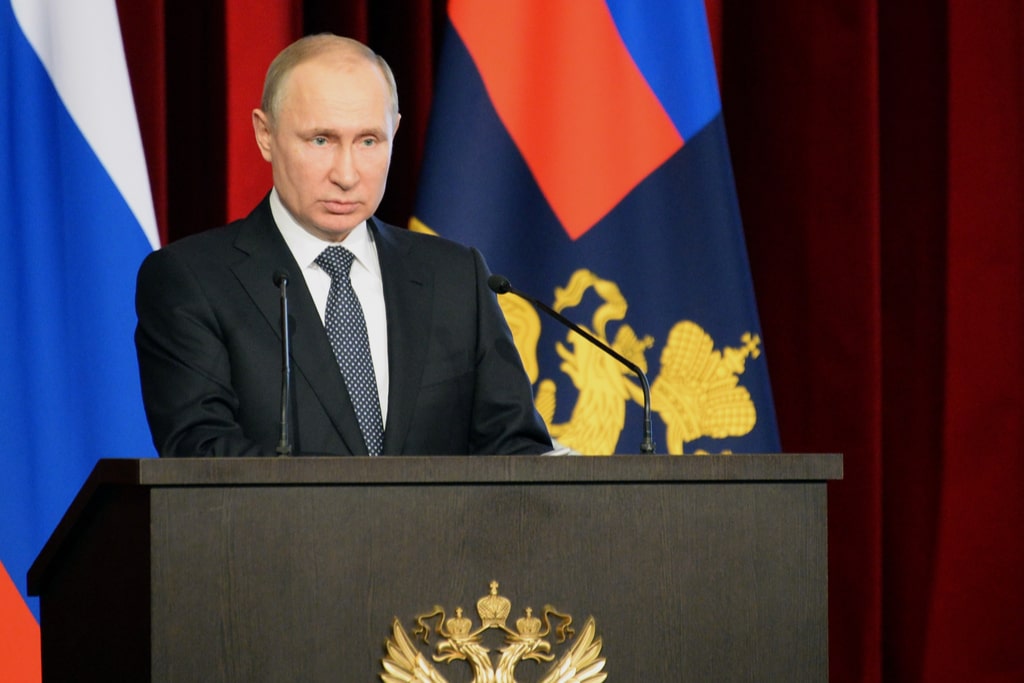 Russian President Vladimir Putin has issued a warning to the West, telling it not to cross Russia’s “red line” as any such move would trip a “rapid, asymmetrical, and a harsh” response.

This caution came in his annual state address, amid the country’s surging tension with the West over banning Ukraine officials and jailing government critic Alexei Navalny.

Mr. Putin said powers of the West were constantly in a bid to “pick on” Russia.

He said some Western countries were acting like jackals, doing tireless efforts to please the U.S. He used a reference to The Jungle Book to substantiate his statement, saying a jackal behaves in that way with the powerful tiger Shere Khan.

“We don’t wish to burn bridges, but if somebody misreads our good intentions as weakness, our response will be harsh, asymmetrical, and rapid,” he said. “We’ll decide, in each case, for ourselves where the red line is.”

Putin focused a major part of his speech on Russia’s fight against Covid-19 and his aims to improve economic development and welfare systems in the country.

He categorically accused the Western powers of playing with the stability in Russia and its ex-Soviet neighbors Ukraine and Belarus.

In Moscow, police cordoned off the central area around Manezh exhibition hall, as Mr. Putin addressed both houses of parliament.

Putin is currently under fire for jailing his critic Alexie Navalny. Nearly 100 Navalny supporters gathering in several cities have been detained by the police.

Hundreds of pro-Navalny protestors, on Wednesday, gathered in eastern cities including Irkutsk, Vladivostok, and Krasnoyarsk. The authorities have termed them illegal.

The anti-corruption campaigner is in a prison hospital in Vladimir. His allies say that his life is in danger as he is on a hunger strike.

Two close aides to Navalny, spokeswoman Kira Yarmysh and lawyer Lyubov Sobol, were among those detained.