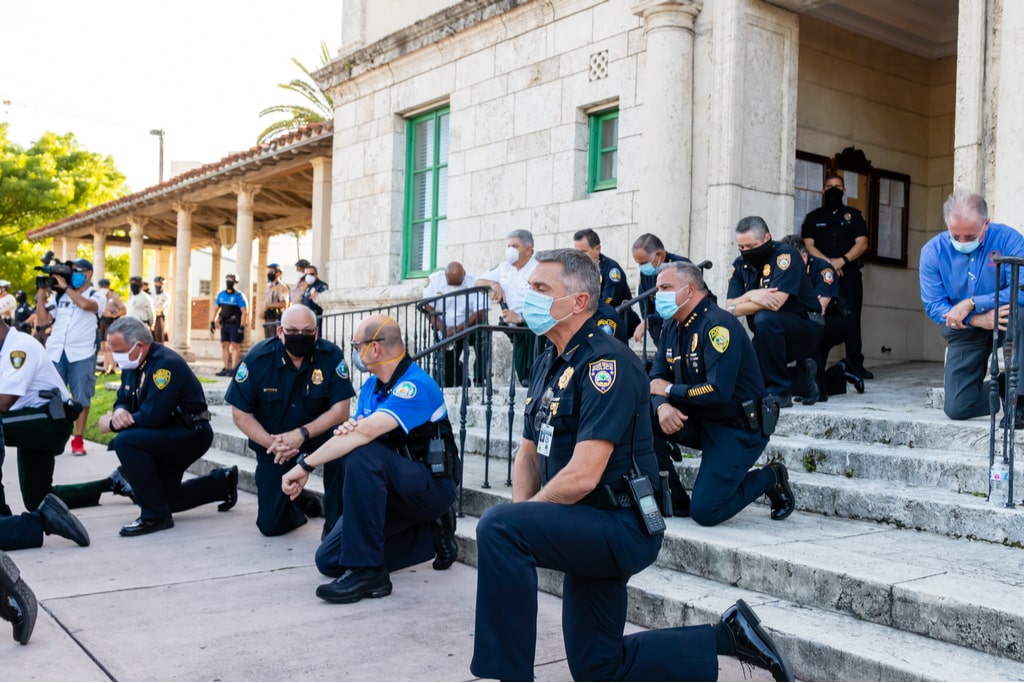 Tears of joy as court rules Chauvin guilty of Floyd killing, Biden calls it a ‘start’ towards justice

Verdict has come for Chauvin trial. The former Minneapolis police officer, Derek Chauvin, who had knelt on George Floyd for over 9 minutes leading to his death of asphyxiation, has been found guilty. On Tuesday, 45 year old Chauvin, was found guilty of all three charges – second degree unintentional murder, third degree murder and second degree manslaughter.

The jurors deliberated before giving verdict for more than 10 hours over span of two days. Hearing the verdict in Hennepin County Courthouse, Minneapolis, Chauvin showed no apparent reaction to the verdict. He was removed from court through side door in handcuffs and taken to facility in Stillwater, Minnesota.

After the verdict pronouncing Chauvin guilty came, President Joe Biden addressed the nation on Tuesday evening. He called the verdict “a start” towards bring long due justice to all. He added that “in order to deliver real change and reform, we can and we must do more”.

“Protests unified people of every race and generation in peace and with purpose to say enough,” Biden said. “Enough. Enough of the senseless killings. Today’s verdict is a step forward.”

“The guilty verdict does not bring back George. George’s legacy will not be just about his death, but about what we must do in his memory,” he continued.

Before President Biden, Vice President Kamala Harris spoke and announced that George Floyd Justice in Policing Act would be passed. The bill was worked over last year by Harris, Senator Cory Booker and Representative Karen Bass. Harris said, “This bill is part of George Floyd’s legacy. The president and I will continue to urge the Senate to pass this legislation, not as a panacea for every problem, but as a start. This work is long overdue.”

Lawmakers have celebrated the decision but also called out the need to do more, bring over the laws that are being demanded for years together for Black Lives Matter movement. Cori Bush said the verdict “is accountability, but it’s not yet justice.” She is a Black Lives Matter activist and was elected last year to represent Missouri in the US House of Representatives.

Former President Barack Obama and former First Lady Michelle Obama said in a joint statement, “As we continue the fight, we can draw strength from the millions of people – especially young people – who have marched and protested and spoken up over the last year, shining a light on inequity and calling for change. Justice is closer today not simply because of this verdict, but because of their work.”