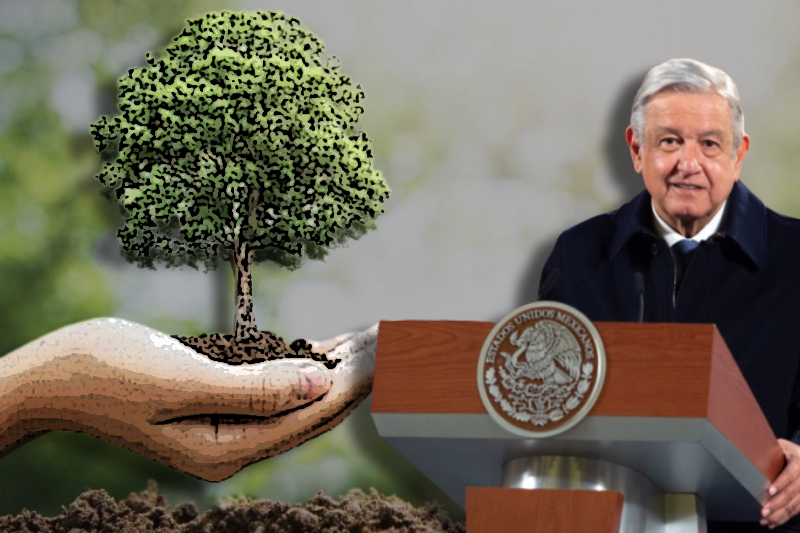 On Thursday, Mexican President Andrés Manuel López Obrador pressed for the controversial tree-planting plan, attempting to get the United States on board to fund an enormous development of the reforestation program into Central America.

Lopez says the carbon from trees in the reforestation program will make a significant commitment to battling environmental change. However, at the same time, his government has zeroed in on building petroleum facilities and consuming more coal and fuel oil at power facilities.

He guarantees that the program will prevent the farmers from leaving their homes and relocating to the United States, however, he likewise suggested that the U.S. grant six-month work visas, and later citizenship, to those individuals who join the program.

However, scientists question whether planting huge areas of commercial species that had local forests is a smart thought. The opinions are mixed in Mexico on whether the program is truly working, or whether it can counterbalance Mexico’s other strategy of empowering the utilization of petroleum derivatives.

The program has effectively planted 700,000 trees in Mexico, where it pays 450,000 Mexican ranchers a payment of $225 each month to tend the saplings.

During the dry season, farmers in Kopoma can tend the saplings that they can get from army-run nurseries on 172.5 hectares of land. During the rainy season, he and other Maya farmers can likewise plant their traditional crops.

According to AP News, it is unclear how good is López Obrador’s visa proposition, or his enthusiasms in the environmental change summit as he didn’t listen to most of the leaders who spoke at the climate summit, instead he carried out with his daily news conference.

A few critics have proposed that farmers with unprofitable natural forests have essentially chopped them down to plant new trees and meet all requirements for the month-to-month payment under the new proposed reforestation program.