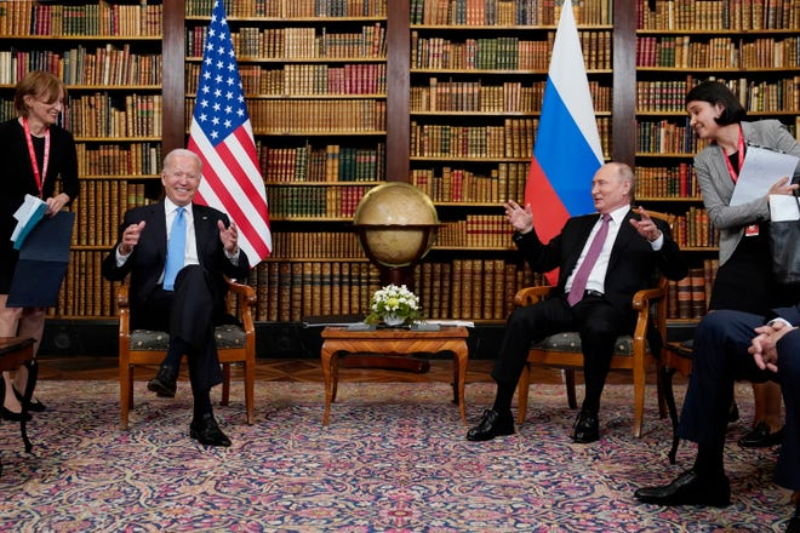 Biden & Putin meeting over an array of issues

Meeting in Geneva between President Joe Biden of the USA and President Putin of Russia is said to be inclusive and progressive. Both the leaders had a long list of issues to discuss and seek. Ranging from atmospheric concerns to the exchange of prisoners, they regard each other’s actions as responsible and forward-thinking. Even though there is a long list of thorny issues President Biden planned to raise about Russia’s cyber hacking, election meddling, human rights abuses. Reports state that both the leaders shared a warm vibe and that could be seen from their smiles and handshake. The officials were very happy to be with Biden, because they wanted to cooperate.

US President Joe Biden and Russian President Vladimir Putin hailed the ‘positive’ talks as they met for the first time on June 16 and sought to cool off the tensions in the combustible relationship of both the nations. Biden drew a line of “what’s off-limits” and made things crystal clear. Both leaders said that no “threats” were issued during the talks held in private but Biden was emphatic about warning the Kremlin over any cyberattacks.

Biden said, he gave them a list, of 16 specific entities which are defined as critical infrastructure under U.S. policy, from the energy sector to their water systems. He further continued to explain that both the nations agreed to task experts in both countries to work on specific understandings about what’s off-limits and to follow up on specific cases that originate in other countries. And that the last thing he wants now is a Cold War.

Putin also engaged in questioning the arrests in the US following the January 6 riot and cited Black Lives Matter protests for “disorder,” Biden called the comparison “ridiculous.” US President also did not claim that he got Putin to commit to changing his behaviour and the Russian counterpart denied accepting the responsibility of cyberattacks on the United States or any other matter.