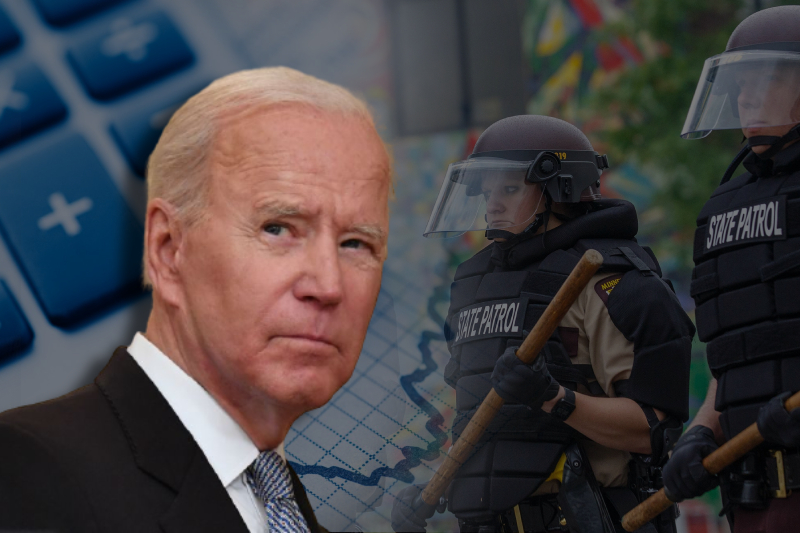 President Joe Biden has unveiled a plan that will extend funding to the police in order to combat increasing rate of violence, crime and homicide across the country. Biden blamed the nationwide crime on lenient gun control.

On Wednesday, White House announced a “five point strategy”. President Biden said that cities and states can use $350 billion funding from Covid-19 relief bill for using on public safety measures like including more police personnel. He said that in order to bring down high crime rate in areas the officials can hire additional law enforcement workforces using the coronavirus relief funding. “It means more police officers, more nurses, more counsellors, more social workers or community violence interrupters to help resolve issues before they escalate into crimes,” the president said.

The other parts of Biden administration’s strategy include investing in community violence intervention programme, offering employment opportunities and summer activities for young adults, and offering support to Americans who were earlier incarcerated to re-enter the communities.

President Biden’s modus operandi is crystal clear in this direction – take control of and eliminate rogue gun and ammunition dealers and curtail firearm trafficking. Some Democrats have called for defunding the police amplifying similar calls by Black Lives Matter activists, but Biden has himself refrained from using this terminology and slogan. He said on Wednesday, “This is not a time to turn our backs on law enforcement or our communities.”

While addressing from White House, Biden aimed at armed insurrectionists and said that “they would need F-15s and maybe some nuclear weapons to take on the US government.”

Biden administration has clearly highlighted the way to curb violent crimes in America is through gun control. However, Democratic bills that propose limiting American’s access to firearms are blocked by Republicans in Congress.

Amid the Coronavirus pandemic, USA saw a surge in gun sales leading to increase in domestic violence reports last year.