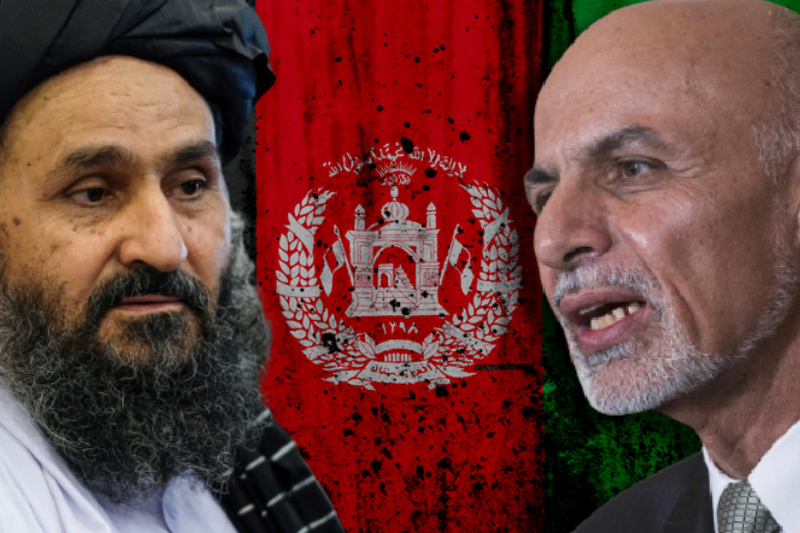 “The war is over in the country.” Taliban announced on Sunday as the insurgent group took the last leap of its aggressive offensive and seized Kabul, the capital of Afghanistan. Taking over capital under control after Taliban storming presidential palace and President Ashraf Ghani fleeing the country has brought Afghanistan to the dreaded state. Little resistance and capital Kabul was in the hold of Taliban – after 20 years of presence of United States military in the country and a war that costed over a trillion dollars.

“Today is a great day for the Afghan people and the mujahideen [Taliban],” said Taliban spokesman Mohammad Naeem. “They have witnessed the fruits of their efforts and their sacrifices for 20 years. Thanks to God, the war is over in the country.”

After US troops swiftly pulled out of Afghanistan in July, the Taliban insurgents wasted no time in progressing forward with their offensive to take control of the key land across the country, one by one. Weeks long fight between Taliban and the Afghan security forces, that had lost a big support after US troops left, saw Taliban winning key battles. On Thursday key cities of Kandahar and Ghani fell to Taliban, and on Sunday with Kabul’s capture Taliban has sealed their control on Afghanistan.

“We ask all countries and entities to sit with us to settle any issues,” Naeem said. Taliban has made it clear that it wants a peaceful transfer of power and doesn’t want to rule Afghanistan in isolation. The group also said that it respects women’s rights and sharia law regulated minorities freedom. Taliban fighters have been ordered to refrain from damaging properties and harming civilians. “The Islamic Emirates ordered its forces to enter the areas of Kabul city from which the enemy has left because there is risk of theft and robbery,” Zabiullah Mujahid, a Taliban spokesperson, tweeted.

President Ashraf Ghani, who fled the country on Sunday night, wrote on Facebook, “If I had stayed, countless countrymen would have been martyred and Kabul city would have been ruined.”

Islamic religious rule or Sharia law will likely bring Taliban back to its old practices of cruelty. This is the well versed fear among Afghan people who are living a life in limbo. The people are not sure of Taliban’s claims of wanting peace in Afghanistan as dreadful memories of the past rule of group come flashing by. Between 1996 and 2001, the Taliban practiced archaic practices of stone pelting to death, whipping and hanging in public for offenders of sharia law. Women bore the maximum brunt as they were banned from educational institutes and workplaces, and had to cover up from head to toe if leaving the house.

Chaotic scenes emerged from Kabul airport tarmac as thousands of Afghans, foreign diplomats and foreign nationals are seeking to find a flight place to exit the country. The airport can only be reached through Taliban operated check-points. Countries have advised their nationals and Afghans to not go to airport unless instructed.

US, UK, Canada and other coalition nations are rapidly trying to evacuate their nationals. Embassy officials are being transferred to military side of the airport through helicopters, to be evacuated.

The sheer helplessness of Afghan people is evident through numerous videos on social media – men, women, with children in scores are present at airport, waiting for a split opportunity to leave the country whose fate is now unknown, trembling to those who have experienced it. Another Saigon moment, at the end of Vietnam War.