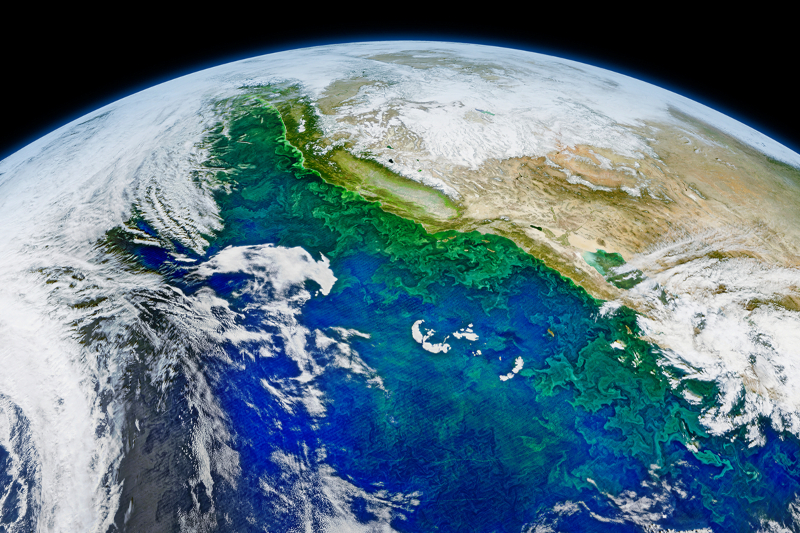 The Gulf Stream – that is, the warm current that re-enters the North Atlantic Ocean circuit and exits the Gulf of Mexico to reach the Icelandic coasts – has slowed down its course; we know it has already hit the lowest level in 1,600 years. However, scientists have detected signs of a natural decline continuing to monitor it: the entire system of currents dubbed the “Atlantic Meridional Overturning Circulation” would have almost completely lost its stability in the last century. A bit as if the mechanism that regulates the climate in the world was switched off.

The Amoco affects the weather conditions of at least four continents. If it stopped, catastrophic effects would ensue and would pass a point of no return. That is one of those thresholds that the scientific community invites not to cross to endanger life on Earth in an irreversible way. In Asia, South America, and West Africa, increasingly severe droughts and, consequently, famines could occur. In Europe, there could be both a drop in temperatures and an intensification of storms; in North America, particularly on the eastern side, the sea level could rise. Would also put the Amazon rainforest and the Antarctic ice sheets would also be put into further crisis.

The new study, published in the journal Nature Climate Change, paints an apocalyptic picture. The problem is that the complexity of the AMOC system and the uncertainty about the future course of global warming are disrupting the mathematical models with which experts try to predict climate change. For now, therefore, it is impossible to establish the time frame within which the Gulf Stream could plausibly stop; maybe you can’t even be sure that it really will.  However, the mere fact that there is evidence of its growing instability should concern us. In practice, the data collected and referring to the last hundred thousand years show that the circuit has two states: fast and robust, as seen in the millennia closest to us, or slow and weak. Rising temperatures can cause Amoc to switch abruptly from one stream to another over a period ranging from one to five decades.  Probably the freshwater that comes from the melting of the Greenland ice, in turn, is caused by warming, cools, and breaks the Atlantic currents. They are fed by factors such as wind, sea salinity, and heat; if one changes, the balance jumps, and the system’s function changes.