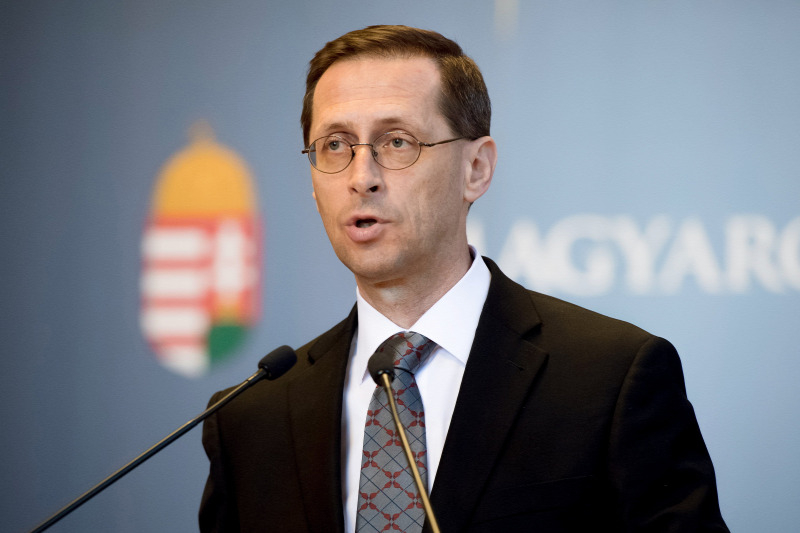 In its daily confrontation with the European Union, the self-described “illiberal” majority elected in Budapest, the regime of Viktor Orbán, for the first time, clearly evoked the possibility of Hungary’s exit from the European Union. The current pressure and condemnation of the EU against the homophobic “law for the defense of minors” reached an intolerable point by blocking their funds.

Finance Minister Mihály Varga spoke about it in an extended interview with the Hungarian private TV channel ATV. According to which the question of a “Huxit” could arise in 2030, when Hungary as a receiving country as it is today, the growth of its gross domestic product largely depends on EU funds – often used irregularly, according to Olaf suspects and investigations and Eppo, the EU’s anti-corruption superpower of attorney – would become a donor country. “In short, when we join the club of countries that pay more to the EU coffers than they receive,” explained Minister Verga, according to whom the question would become even more concrete and plausible if the anti-Hungarian attacks in Brussels continue on issues related to values.

Justice Minister Judit Várga, virtual number two of the regime and “its photogenic face,” then added on Twitter: “Hungary has been attacked in an unprecedented and unacceptable way only because it believes that the defense of its children and minors is a priority. Concerning every objection of the always active LGBTQ + lobby”.

Hungary has been attacked on an unprecedented scale only because the protection of #children and families is our priority, and in view of this, we are unwilling to let #LGBTQ lobby into our schools and kindergartens. pic.twitter.com/dtj9h5hJAh

The minister recalled that the premier-autocrat Orbán reacted energetically, even with a new document from the entire government, which states that “the political requests of the European Commission are outside the competence of the Union.” The paper is entitled “Report on the rule of law,” precisely what the EU, the Biden administration, NGOs like Amnesty International, and Reporters Without Borders accuse Hungary of violating.

According to Budapest, these are all “absurd accusations based on false and biased sources.” He considers it unacceptable “to use two standards in matters of the rule of law, harsh against Hungary and not against other states on the subject of the rule of law.” He stresses to consider it unacceptable and illegal from the point of view of international law that the European justice and executive bodies require Hungary to adopt their decisions, which are incompatible with the Hungarian Constitution and national laws.

The government, which controls 490 media in a country of 10 million inhabitants, has closed every inconvenient newspaper. It has just bought another ten public universities by the oligarchs allied-vassals of Orbán using European funds for the purpose. It goes so far as to argue that “true, balanced freedom of the press exists in Hungary, not in countries where dictatorial dogmatisms of liberalism reign.” EU member States deem the latest homophobic law passed with the usual “fast-food procedure” without debate by the parliament dominated by the majority as shameful and unacceptable. As well as the damage to the freedom of the media, the separation between powers de facto erased from the “orbanist” situation, complete control over cultural policy, de facto censorship even in literature, and even the attack on the actual market economy because the foundations of the oligarchs pro-Orban control the leading 400 national companies and essentially win every contract without a real tender.