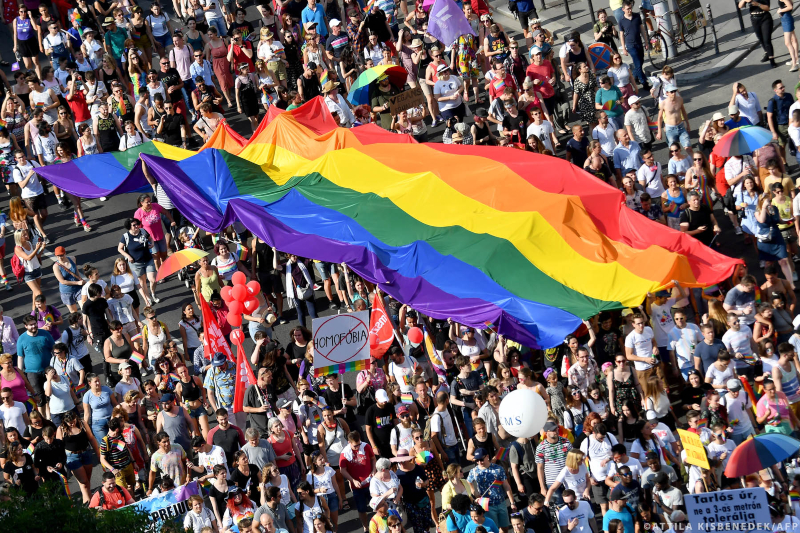 The European Parliament “condemns with the utmost firmness” the recent anti-LGBTIQ legislation and denounces the “dismantling of democracy and the rule of law” in Hungary. In a resolution adopted last week in Strasbourg with 459 votes in favor, 147 against, and 58 abstentions, MEPs describe the law adopted by the Hungarian Parliament as a clear violation of fundamental rights enshrined in the Charter, the Treaties, and EU legislation relating to the internal market.

Parliament stressed that this is not an isolated case but “rather constitutes a further intentional and premeditated example of the gradual dismantling of fundamental rights in Hungary.” In the country, hostility towards LGBT people and disinformation campaigns have become tools of political censorship.

These human rights violations are part of a broader political agenda that is leading to the dismantling of democracy and the rule of law, including freedom of the media, and should be seen as systematic violations of EU values, they add. Recent examples of this problem include the amendment to the country’s constitution to declare that “the mother is a woman and the father is a man” and the de facto ban on legal gender recognition for transgender and intersex people.

In this context, MEPs argue that promoting tolerance, acceptance, and diversity should guide principles to ensure respect for children’s interests. MEPs ask the Commission to launch an accelerated infringement procedure and to use, if necessary, all procedural tools of the Court of Justice, such as interim measures and sanctions for non-compliance. Furthermore, they ask the EU countries to take the matter to the EU Court of Justice in the Commission’s inaction and lodge an interstate appeal with the European Court of Human Rights.

Furthermore, the Parliament indicates several issues in Hungary for which should activate the Rule of Law Conditionality Regulation to protect the EU budget and express deep concern about the compliance of the draft plan for recovery and resilience of Hungary. The Council and the Commission are also invited to unblock the anti-discrimination directive and follow up on Parliament’s initiative to create a binding EU mechanism on democracy, the rule of law, and fundamental rights. Finally, warned that the Hungarian legislation resembles the “so-called 2013 Russian law on LGBT propaganda”, MEPs ask the Commission further to investigate the financing of anti-LGBTI campaigns in the EU.