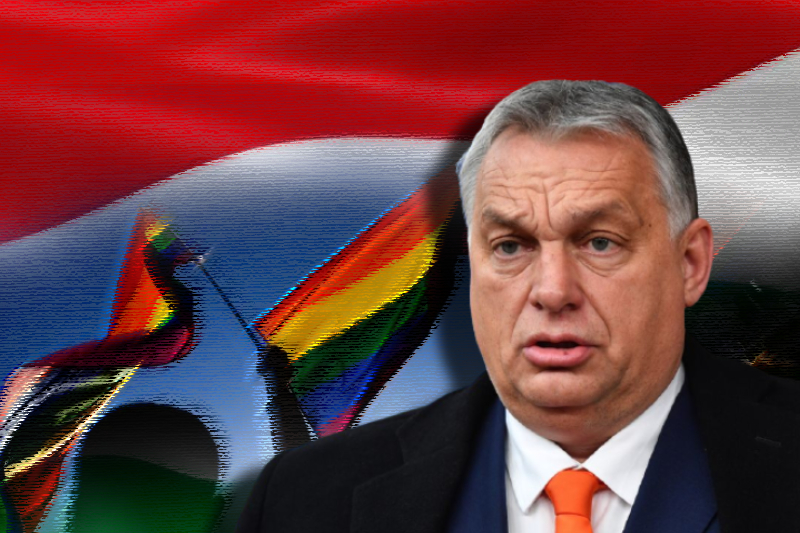 Hungary’s new LGBTQ law that has gathered global criticism and has been condemned by the European Union for being homophobic, now has a referendum proposal. European country’s conservative right wing Prime Minister Victor Orban has proposed a referendum on the controversial law.

The hardline leader of Hungary released a Facebook video on Wednesday in which he laid down a vote on five questions asking the people of Hungary if they would support promotion of sexual orientation content to children. Orban is asking the people to vote a “no” for the vote. “In the past weeks, Brussels has clearly attacked Hungary over its child protection law. Hungarian laws do not permit sexual propaganda in kindergartens, schools, on television and in advertisements,” Orban said in a Facebook video.

What will the referendum ask?

The ballot paper for new law’s referendum will have these questions:

1. Do you support the holding of presentations in public education institutions to introduce minors to topics on sexual orientation without the authorization of their parents?

2. Do you support the promotion of gender reassignment treatments for minors?

3. Do you support gender reassignment treatments being made available to minors?

4. Do you support minors being shown, without any restriction, media content of a sexual nature that is capable of influencing their development?

5. Do you support minors being shown media content that demonstrates gender reassignment?

The European leaders and members of European Parliament have openly criticized the new law by Hungary’s conservative government that denies school children being taught about all parts of the community, that is LGBTQ community, pushing them into a corner as targeted minority. Dutch Prime Minister Mark Rutte said Hungary has “no place in the EU”.

In the last closed door meeting of EU leaders, it was learned that Luxembourg’s Prime Minister Xavier Bettel pointedly warned Orban, “My grandfather was Jewish, I’m gay and can live freely. And then I read this law. I know what happens when you turn people into a minority.”

The new law essentially bans all educational materials for children that promote homosexuality and gender reassignment. This has attracted criticism by EU leaders and human rights groups for being homophobic. The law was passed in country’s parliament last month.

Orban has maintained the law does not violate LGBTQ rights but preserves rights of parents to choose way of educating their children.