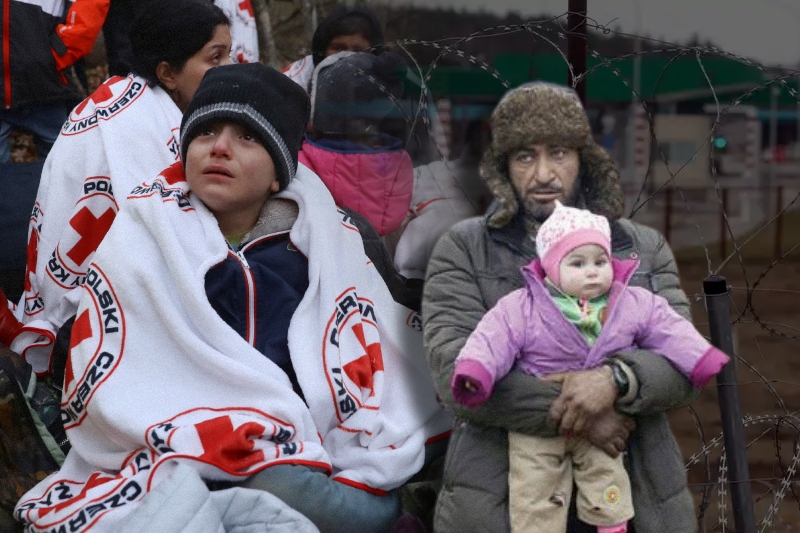 Post its immature method of creating unrest amongst migrants and pushing for confusion amongst the European nations, Belarus has been sanctioned by a couple of western nations.

Belarus was responsible for instigating migrants from Middle Eastern nations and African countries to flock in bulk to the Belarus- Polish border, giving them false hope of mass exodus if they came in big numbers to various European countries.

The misinformation led to huge human rights violations at the border and subsequent sanctions by European and western countries. Meanwhile Europe had asked the dictatorial and immature Belarusian leader Alexander Lukashenko to take responsibility of the lives of these migrants. Lukashenko was forced to pull them back from the borders, send them off on flights and also home them in its premises.

In response of this human catastrophe, EU sanctions will target the state airline Belavia, the Syrian airline Cham Wings, Minsk hotels and tour agencies in a targeted punishment of organisations that enabled the movement of thousands of people from Iraq, Syria, and other countries to Europe on a path that became known as the “Belarus route”.

On its part, the UK sanctioned eight Belarusian officials and imposed an asset freeze on Belaruskali, a state-run potash fertiliser, in an effort to “target a major source of revenue and foreign currency for the Lukashenko regime”. The US targeted 20 individuals, 12 entities, blocked three aircraft and imposed restrictions on holding Belarusian sovereign debt with a maturity greater than 90 days.

The economic sanctions also targeted the state-owned tourism company Tsentrkurort, a cargo carrier accused of shipping thousands of tons of ammunition and weapons to conflict zones such as Libya, and Belarusian defence and potash companies. The US also sanctioned Lukashenko’s middle son, Dmitry.

In response, Belarus has now decided to retaliate. Its foreign ministry said there would be “tough, asymmetric but appropriate measures” in response to the sanctions levied by the UK, US and other western nations. Officials did not say what those measures would be.