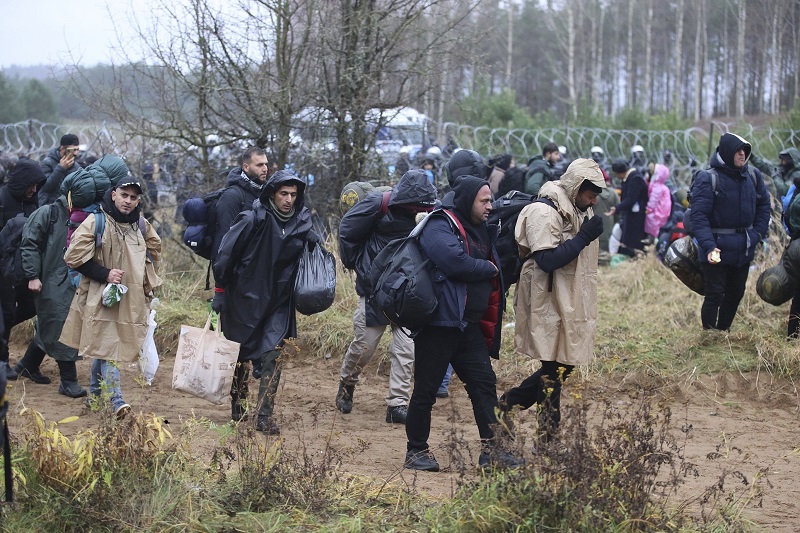 can the belarus poland border crisis lead to war

Poland -The border crisis has intensified between Belarus and Poland. But misinformation and skewed messaging on social media has messed up the actual reality on ground.

Actual facts remain that since the beginning of 2021, more than 30,000 migrants from Iraq, Afghanistan and Syria have tried to cross the Polish-Belarusian border, and the surge reached its peak in August when more than 15,000 attempts alone were made, according to the Polish authorities.

Messaging has been skewed over the legitimacy of the current leadership in Belarus, especially the European Union. Minsk has been accused of encouraging migrants to flock to the border, in false hope that they could move across the border if they came in large masses.

Migrants were offered Belarusian visas and the transport was organized to the EU border. Strong language was then employed by Warsaw, no hard evidence to confirm these accusations has been provided so far, while the gravity of the allegations would require that such evidence be presented before any further actions are taken.

The Polish PM Minister Mateusz Morawiecki is of the opinion that “this is a political crisis, created to destabilize the EU.” He did not mince his words when he said this to the reporters of Warsaw after talks with European Council President Charles Michel on November 10. “This is a manifestation of national terrorism, revenge by Lukashenko for our support for democratic elections in Belarus.”

With the provocations increasing military deployment seemed to have reached the border as well. Lithuania, Estonia and Latvia have expressed concern over the crisis on the border. Poland along with Lithuania and Latvia had decided to activate NATO Article 4 with Latvia deciding to deploy 3000 troops on the ground. Also, Ukraine planned to deploy 8,500 additional soldiers and police officers over the crisis on the border with Belarus.