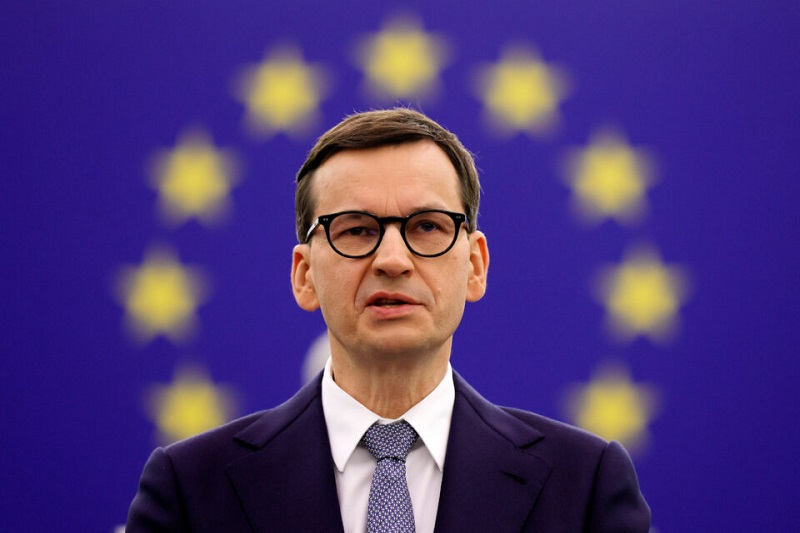 polish pm and eu chief executive in debate on poland's challenge to the supremacy of eu laws, in strasbourg

Europe -The European Union’s top official has said that a ruling by Poland’s constitutional court challenges the supremacy of the bloc’s laws.

She said the Polish ruling would not be left unanswered.

Ursula von der Leyen said the verdict by Poland’s Constitutional Tribunal was “a direct threat to the unity of the European order” and undermined the protection of judicial independence.

“The rule of law is a glue that links our union together,” the European Commission’s President said.

It merits a mention that relations between Brussels and Warsaw plunged after the tribunal’s verdict on October 7 – which said the Polish laws takes the upper hand over those of the 27-nation bloc – escalating lingering tensions regarding democratic standards between Brussels and the country’s right-wing government.

At Tuesday’s plenary of the European Parliament, the split came to a head. However, Polish Prime Minister Mateusz Morawiecki backed his country’s stance. Morawiecki pressed that Poland abides by EU treaties and negated concerns raised by critics of Poland’s government, who think that the court’s ruling has paved a path to a possible “Polexit” from the 27-nation EU.

“I think we should not be propagating lies about Poland leaving the EU,” he clarified.

It is pertinent to mention that the European Commission has a few options to make Warsaw comply with EU law. Stopping Poland’s access to funding of billions of euros to revive its corona-hit economy tops the list. Moreover, the commission can also launch an infringement procedure against Poland.

“We will not allow our shared values to be put at risk. I want to clarify that the commission will act,” Von der Leyen said. “We want a strong Poland in a united Europe, and the situation can and must be resolved,” she said.