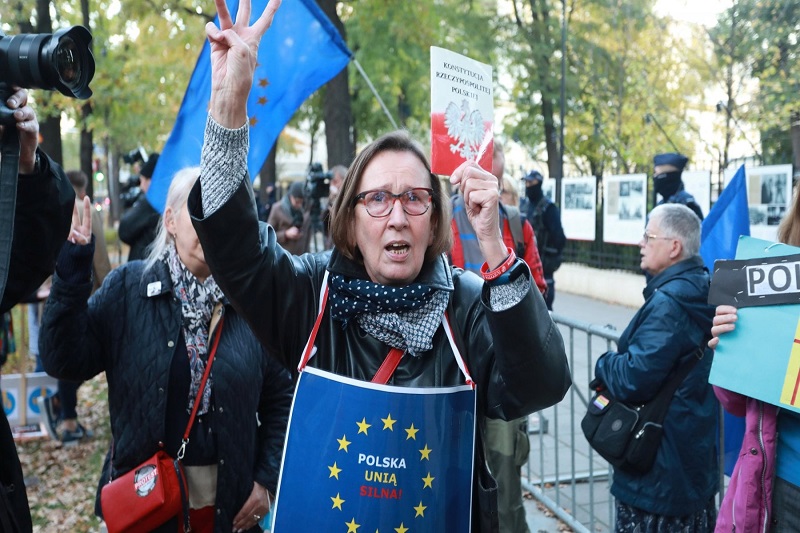 For the first time, an EU member state solemnly declares that the supremacy of the European Treaties over the Polish Constitution does not exist. They are essentially questioning the architrave of the Union. Specifically, the Constitutional Court of Warsaw refers to the competencies of the Polish state that have not been transferred to the bodies of the European Union.

A decision awaited by Brussels for a few weeks adds fuel to the conflict already open on the rule of law. A dispute that had already caused the calls and infringement procedures by the Commission. “I received some information during the meeting, and it is too early to react – said the European Commissioner for Justice, Didier Reynders – but we are concerned about this situation because our position is to defend the supremacy of European law.”

The representative of Palazzo Berlaymont then warns: “We will continue to use all the tools at our disposal to defend this principle.” “Today’s sentence in Poland – protested the president of the European Parliament, David Sassoli – cannot remain without consequences. The importance of EU law must be undisputed. Violating it means challenging one of the founding principles of our Union. Therefore, we ask the European Commission to take the necessary action “.

Therefore, if Warsaw and its sovereign government do not quickly repair the situation, it could degenerate. It is no longer just a question of initiating an infringement procedure, which would even be sterile because Poland at this point could not recognize the sanction and not even any judgments of the EU Court. The consequence could be the activation of the infamous Article 7 of the EU Treaty. A sort of “final weapon.” That provision, in fact, in the presence of a violation of the fundamental principles of the EU, allows, for example, to effectively “expel” a government from the European Council, denying it the right to participate in ministerial summits.

Politics in Iceland at stake again

According to Article 7, the European Council, acting unanimously on a proposal from a third of the Member States or the European Commission and after obtaining the consent of the European Parliament may confirm the existence of a severe and persistent violation by a Member State of the values ​​referred to in Article 2, after inviting that Member State to submit observations.

Where the finding referred to in paragraph 2 has been made, the Council, acting by a qualified majority, may decide to suspend some of the rights deriving from the Treaties application to the Member State concerned, including the representative of the government of that Member State votes rights in the Council.”

Of course, this kind of measure would be truly definitive, even if it is very complicated to implement for the request for a unanimous vote. That may not be the case due to the opposing voice of other sovereign governments such as Viktor Orbán’s Hungary. Certainly, however, this time, Brussels will not be able to ignore it. And among the other measures that it could adopt – which it has partly already adopted – is the suspension of all European funding, including the Recovery Fund. A penalty that would heavily affect the coffers of Warsaw, which always relies on Union funds.