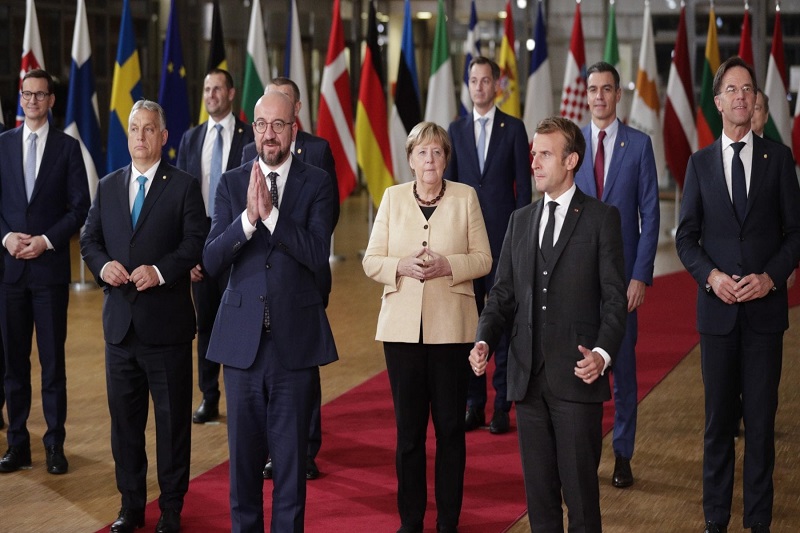 Europe -The very heated discussion among the 27 European leaders on migration, the second day of the European Council, lasted almost five hours. First of all, the European leaders considered the question of the “walls” proposed by a group of states. The Eastern countries bordering Belarus are the most heated: the dictator of Minsk, Aleksandr Lukashenko, attracts more and more migrants and then pushes them towards the EU as a “weapon” against Europe that sanctions him for the repression of dissidents. As a result, Belarus is cited with the promise of new EU restrictive measures.

Some countries, such as Poland and the Baltic Republics, have already started building borders. A month ago, twelve states (Austria, Bulgaria, Cyprus, Czech Republic, Denmark, Estonia, Greece, Hungary, Lithuania, Latvia, Poland, and Slovakia) wrote to Brussels asking for EU funding to implement them. Yesterday they went back to doing it. “We urgently need physical barriers – declared the Lithuanian president Gitanas Nauseda – in the face of what Lukashenko is doing. Nobody knows what will happen tomorrow. We could find ourselves in front of 3-4-5,000 migrants who try to cross the border altogether or in different points.” The new Austrian Chancellor Alexander Schallenberg warned, urging to take countermeasures at the border, with drones, fences, or something co-financed by the EU.

These countries obtained the addition of a critical paragraph in the conclusions of the summit. The drafts have been rewritten several times with ambiguous wording, trying to sell themselves as an opening. The Commission has to propose “the necessary legislative changes” to the EU legal system and “concrete measures supported by adequate financial support to ensure an immediate and appropriate response in line with international obligations, including fundamental rights.”

In reality, the president of the European Commission, Ursula von der Leyen, specified, “I have been unequivocal that there will be no EU funding for barbed wire or walls.” Many other leaders are against it, including Italy. However, they all agree on the need for effective control of external borders. At risk is the very tightness of the Schengen borderless area, already severely tested by the 2015 migration crisis. “We will look at the necessary legal measures to improve the situation – assured Von der Leyen – by making changes to the code on the Schengen area that it will be on the table as a new proposal.”

The other point that has made the case is secondary movements, which worry states such as Germany, Belgium, Holland. Above all, the latter asks Italy to prevent migrants arriving on its shores from continuing towards Northern Europe. The tensions were strong, but in the end, the 27 countries found a compromise. The text of the conclusions affirms that “efforts must be maintained to reduce secondary movements,” however, Italy has snatched a vital addition, namely that it will also be a question of “ensuring a fair balance between responsibility and solidarity between member states.”

Overall, the impression is that the discussion strengthened the urgency of standard solutions. But, then, they turned an eye to the Pact on migration proposed by the European Commission, blocked above all in front of solidarity and redistribution of migrants. “I can say – said the President of the European Council Charles Michel – that this time I had the impression that there was an ever-wider convergence.”