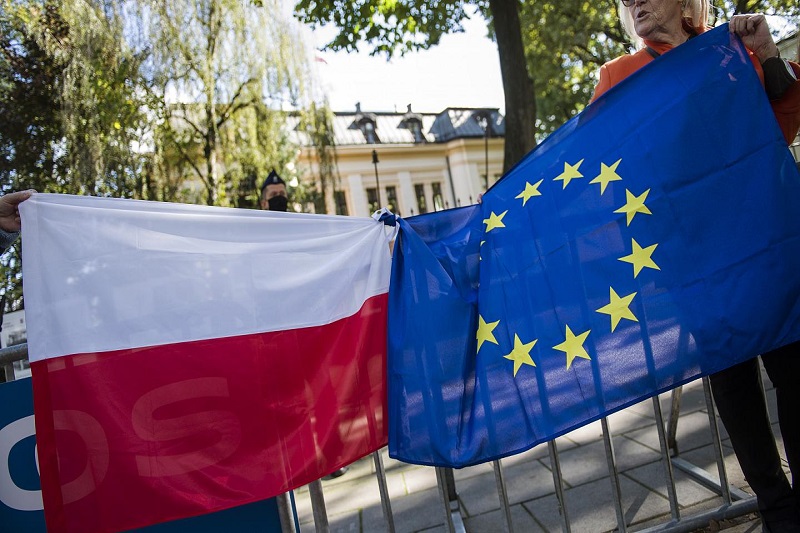 European Union – A Polish court ruling intended to challenge the supremacy of European Union (EU) law has plunged the EU into an existential crisis.

Fears are prevalent among EU policymakers that Poland could leave the bloc eventually.

Politicians across Europe expressed dismay at the ruling by Poland’s court on Thursday. The ruling said that parts of EU law were not incompatible with the Polish constitution, diminishing the legal pillar on which the 27-nation bloc stands.

President of the European Commission, Ursula von der Leyen, said she was “concerned” about Poland’s ruling, maintaining that the EU would do everything in its domain to ensure the primacy of its law.

She said that the EU’s 450 million citizens need legal certainty, and the Commission would go forth with a swift analysis before locking its next steps.

Politicians and legal scholars have termed the move as a “legal Polexit” that puts Poland’s access to EU funds and the benefits of its pro-EU population and businesses into jeopardy.

“We have to say it clearly that the government in Poland is playing with fire,” Jean Asselborn, Luxembourg’s minister for foreign affairs, said on his arrival for a session of EU ministers in Luxembourg.

“The primacy of the EU law is mandatory for the integration of Europe and existing together in Europe. If this basis is fractured, Europe – built with the Rome treaties- will cease to exist.”

Poland will now have to consider the economic impacts attached to its combat with the EU because till the issue is resolved, it is unlikely to see any of the $26.61 billion in EU grants and 34 billion in easy loans that it could otherwise receive as a part of the ‘EU recovery fund’ after the COVID-19 pandemic.

“If European legal acts are not accepted anymore, it is questionable whether Warsaw can still profit from the hefty amounts of EU funding that it currently receives,” said a member of the European Parliament – Monika Hohlmeier.