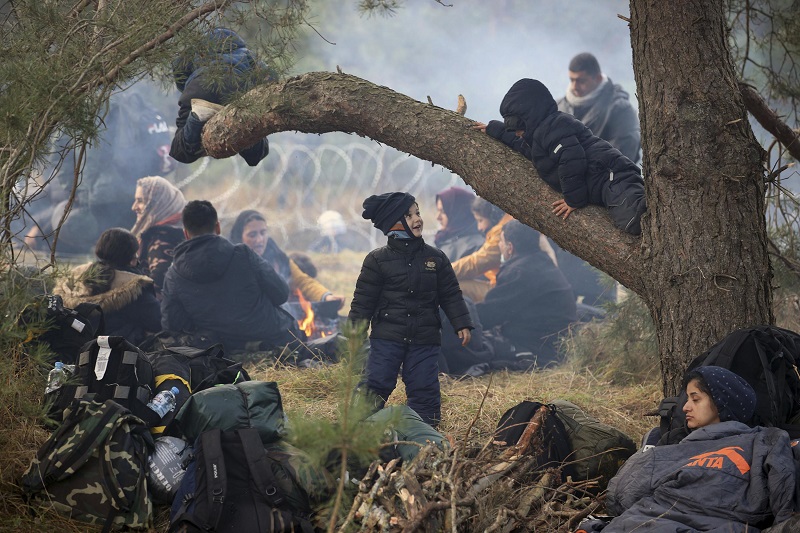 belarus border deadlock a migrant crisis like never before

Belarus – Ongoing impasse at Belarus – Poland border embodies a migrant crisis like one never before seen by mankind. It is true, that in recent years we have witnessed some familiar instances, appalling and heart wrenching, about migrants in scores crossing a border or being under a violent crackdown by a regime. Some recent desperate situations that are at forefront include Rohingyas being driven away from Myanmar, Syrians trying to escape the civil war and most recent, Afghans desperately escaping Taliban controlled Afghanistan.

Thousands of migrants are currently camped at Belarus – Poland border, trying to enter Poland into Europe, in freezing temperatures that has already taken a toll on many lives. This migrant crisis, though seems similar on surface, differs on various deeper aspects.

A crisis – manufactured and egocentric

Experts allege, with minor scope of inaccuracy, that this border crisis has been manufactured by Belarusian autocratic President Alexander Lukashenko’s regime, directed at European Union. The 27 member bloc has imposed sanctions on Lukashenko’s regime in response to aggressive crackdown on protesters, journalists and activists in Belarus who have raised voice against his election win, alleged as farce. Lukashenko desperately wants the sanctions to be lifted by EU, of which Belarus isn’t a member.

Experts have said that Lukashenko has lured thousands of migrants from Middle East, Asia and Africa to come to Belarus, and gain entry to Poland which is the gateway to rest of Europe. Lukashenko has been openly threatening to continue deliberate use of migrants as a pawn to irk off the EU.

At present, as many as 4,000 migrants are camped out at the Polish border. Authorities claim that about 10,000 – 20,000 migrants are present in Belarus. The number is enough to sweat out EU as the European countries try to limit the number of migrants entering its borders. Many migrants have allegedly been helped by Belarusian authorities to reach the Polish borders, and given shelter and food as they try to cross the border. This crisis is as much a political one as it is a migrant crisis.

The crisis has migrants, and not essentially refugees

International pacts define refugees as people who have legitimate fear of persecution and violence in their home country that renders them a right to asylum. But in Belarus, majority of Middle East migrants are economic migrants and not refugees. This does not qualify them to seek refuge in Europe, but still they are out at the border braving the crisis with at least 11 having lost their lives.

Many migrants find themselves stuck in another crisis after having fled one at home. Neither are they allowed to go back to Minsk and other cities where they were before coming to borders, nor are they allowed to cross to the other side. “We became like a chicken in a cage in the hands of Belarusian and Polish police,” Bayar Awat, an Iraqi Kurd stuck at the border with his wife and infant daughter said.