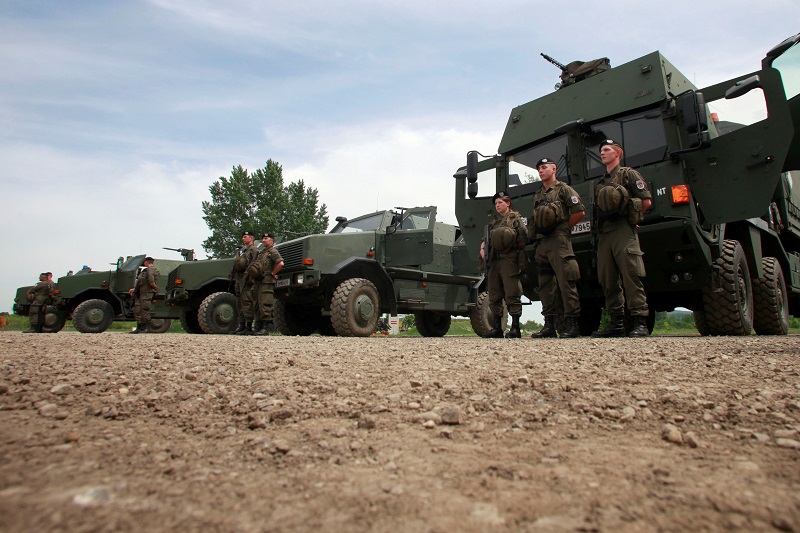 US – The European Union is thinking of a joint military force of up to 5,000 troops by 2025 but without relying on the United States.

As per the draft plan, the bloc will then intervene in a range of crises.

The confidential 28-page document says the “EU Rapid Deployment Capacity” must be made up of sea, land, and air components – catering to all sorts of crises.

On Monday, EU defence and foreign ministers began debating the plan in Brussels, which continued on Tuesday, in a bid to settle with a final document by March next year.

Two of the EU’s military powers, Italy and France, welcomed the draft. The view of Germany’s federal coalition government will prove critical.

“The document amalgamates ambitions with operational proposals. It is a good balance,” said Florence Parly, the French Armed Forces Minister.

Lorenzo Guerini, her Italian counterpart, said that it would also complement NATO and maintain transatlantic ties. This move comes almost two decades after EU leaders first agreed to set up a 50,000-60,000 force but massively failed to make it operational. However, this draft strategy is the most substantial effort to bring forth a standalone military force that would not rely on U.S. assets. It merits mentioning that the bloc’s foreign policy chief Josep Borrell has envisioned this.

“We need rapidity, flexibility, and robustness to undertake the entire range of military crisis management tasks,” read the draft, named the “Strategic Compass”.

“We need to respond to imminent threats or react to a crisis in a better way, for example, an evacuation and rescue mission or an operation to stabilise a hostile environment,” said the draft.

It merits mentioning that not all 27 EU states need to participate in the force. However, approval of any deployment would need consensus.