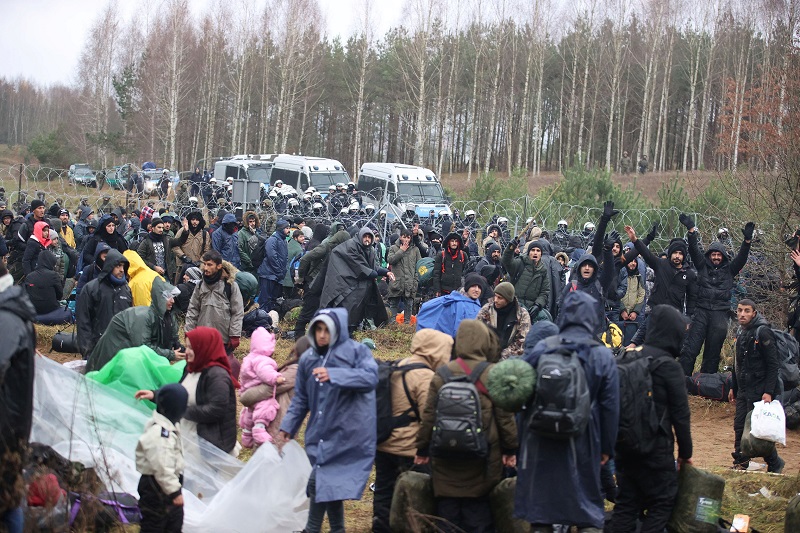 France – On Friday, Fabrice Leggeri, director of the EU border agency Frontex, said that the European Union must be prepared for an increased flow of migrants trying to get into the bloc.

His statements come amid the arrival of migrants through Belarus from the Middle East – an episode that is expected to continue for a long time.

The EU accuses Minsk of being at the heart of this crisis as part of a “hybrid attack” on the Union – widely distributing Belarusian visas in the Middle East, bringing in the migrants and forcing them to cross the border illegally.

“It is understandable that all the factors behind this crisis are still in place. Things are not de-escalating or moving. Thus, I feel that we have to be ready to face this situation,” Leggeri said in an interview.

He said over 17,000 illegal attempts to get through the border were made in October, whereas more than double the number of attempts were made in September, and numerous migrants are still camping out near the Belarus-Poland border.

It merits mentioning that Poland has refused added support in the form of Frontex border guards to date, saying that it has a sufficiently large border force to manage the job. The government has heard a lot of criticism for not allowing Frontex to help deal with the crisis.

The Polish Border Guard said that even though Frontex hasn’t sent boots on the ground to support Poland in escalating tensions at its border, the agency is thinking of sharing additional satellite images with the country.

Furthermore, it also plans to help Poland force migrants to their home countries.

Leggeri said the crisis at the border was of geopolitical nature, and Frontex was an operational agency. He maintained that a political decision was the need of the hour to calculate what support countries like Poland might need.