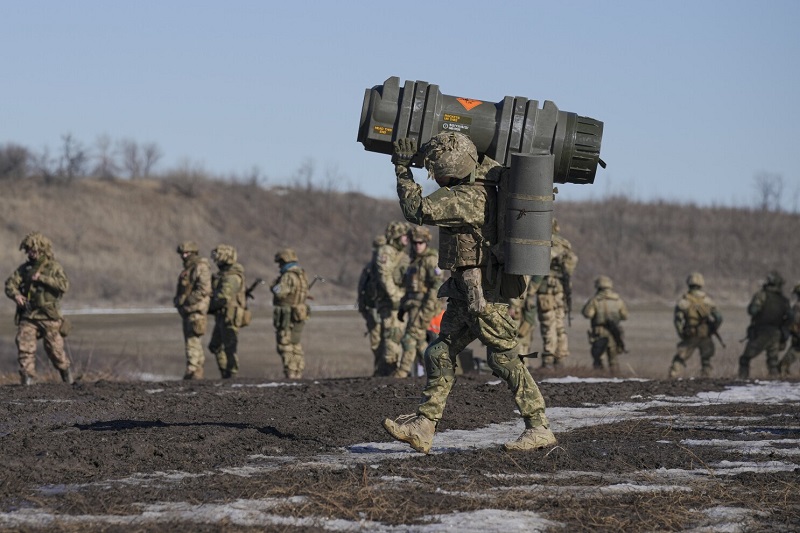 Ukraine – Despite of having options of diplomatic channels for negotiations, Russia chose to send in more of its troops into separatist regions of eastern Ukraine. This has triggered swift response from world leaders. On Tuesday, world leaders blasted series of sanctions on Russia over actions of Russian President Vladimir Putin, attempting to avert a full-blown crisis in Europe through a non-military route.

Looking at the move by Putin on Monday and considering it as a pretext towards a wider invasion of Ukraine, Western nations ordered sanctions on Russia. Putin on Monday recognized two Ukrainian regions – Luhansk and Donetsk – as independent states and wasted no time in sending in Russian troops to both

Moving to halt certification of Nord Stream 2 gas pipeline from Russia, Germany made the first big move towards imposing sanctions on Europe. The move is crucial and noteworthy as Russia supplies Europe with approximately 40 per cent of its gas, which is sourced from vast supplies in the eastern part of Russia. “This is a morally, politically and practically correct step in the current circumstances,” Ukrainian Foreign Minister Dmytro Kuleba wrote, welcoming Germany’s decision. “True leadership means tough decisions in difficult times. Germany’s move proves just that.”

“That means we’ve cut off Russia’s government from Western finance,” Biden said. “It can no longer raise money from the West and cannot trade in its new debt on our markets or European markets either.”

European Union has announced sanctions targeting the 351 Duma legislators who voted in favor to recognize separatist regions in Ukraine, and also 27 other Russian officials and institutions in defense and banking sectors. They have also moved to limit Moscow’s access to EU capital and financial markets. “This package of sanctions … will hurt Russia and it will hurt a lot,” EU foreign policy chief Josep Borrell said. “We will make it as difficult as possible for the Kremlin to pursue its aggressive policies,” said EU Commission President Ursula von der Leyen.

United Kingdom Prime Minister Boris Johnson named five Russian banks and three wealthy Russian businessmen who were slapped with sanctions. Australia followed the suit and aligned with the UK and US by targeting two Russian banks through sanctions. Japan also announced sanctions on Wednesday with Prime Minister Fumio Kishida saying that new issuance and distribution of Russian government bonds in Japan will be banned now.

NATO chief Jens Stoltenberg insisted, “there will be even stronger sanctions, even a higher price to pay” if Putin pushes farther into Ukraine with military aggression and the likes.

Canada too has imposed the first series of financial sanctions on Moscow. Canada’s Prime Minister Justin Trudeau said the sanctions have been imposed under the ‘Special Economic Measures (Russia) Regulations’ and the ‘Special Economic Measures (Ukraine) Regulations’. These sanctions are on the Russian province of Duma, which had voted for the recognition of Donetsk and Luhansk as independent regions of Ukraine. Under these sanctions, Canadian nationals are barred from engaging in specific transactions in these regions.