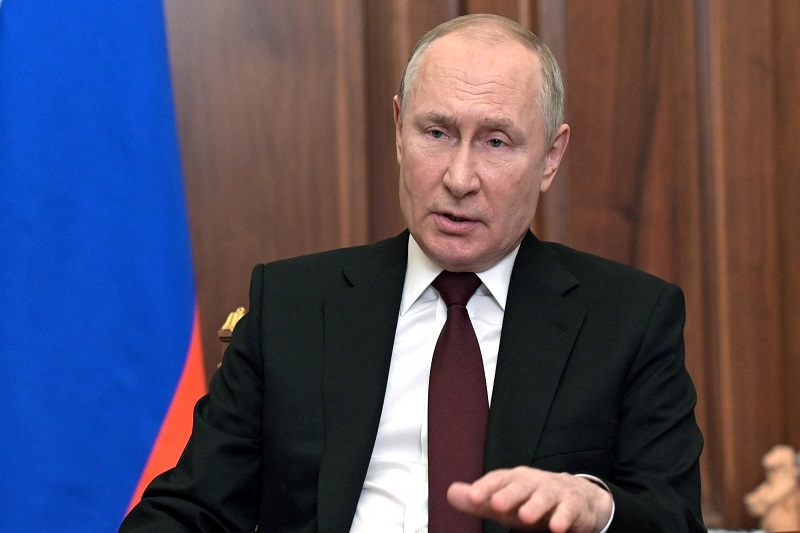 Putin’s order prompted a furious Western response with the US denouncing the move at the UNSC as a “pretext for war”.

After months of massing troops around the Russia-Ukraine border, Putin recognised the former Soviet state’s rebel-held Lugansk and Donetsk independence – paving the path for the deployment of an invasion force.

In an angry 65-minute televised address from his office, Putin termed Ukraine “puppet” of the West and a failed state.

The Russian President said it was necessary to lock the long-overdue decision – immediately recognising the two regions’ independence.

Putin instructed his defense ministry to resort to the function of peacekeeping in the separatist-held regions.

The UNSC held an emergency meeting, where a US ambassador described Putin’s reference to peacekeepers as “nonsense”.

Moscow’s step triggered international condemnation and targeted sanctions from the United States with a package of economic punishment to stop Russia from a further incursion into Ukraine’s territory.

“We understand their reality,” Thomas-Greenfield said. He said Putin’s speech was a “series of outrageous, false claims” aimed at “paving a way for war.”

Russia’s ambassador to the United Nations, Vasily Nebenzya, said Moscow was open to a diplomatic solution.

“We do not intend to allow a new bloodbath in Donbas,” he added.

Putin’s move also triggered panic on financial markets, with the price of oil spiking and equities tumbling in Asian trade.

As news of the late-night recognition broke in the streets of Kyiv, many were in disbelief. However, people said they were ready to defend their land if the war went on.

Many called the recognition the “scariest news” they had heard.

Ukraine’s President also convened a meeting of his NSC and held telephone calls with world leaders in a bid to shore up support.