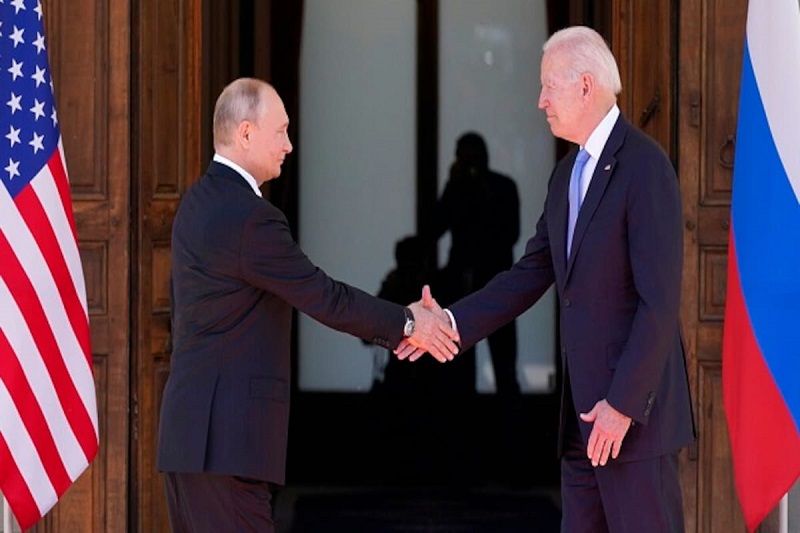 Ukraine – President of United States of America, Joe Biden has agreed to hold “in principle” summit with Russian President Vladimir Putin as US claims that Russia is closer than ever to invading Ukraine. The White House has however, placed a condition for the summit – the talks that have been proposed by France will only proceed if Russia does not invade Ukraine. The meeting between leaders seems to be a last ditch diplomatic maneuver brokered by French President Emmanuel Macron to halt Russian plans of invading Ukraine.

The proposal was announced by France after two phone calls between French President Emmanuel Macron and his Russian counterpart Putin, proceeding for almost three hours. The second exchange took place in the early hours of Monday, Moscow time. It followed a 15-minute conversation between Macron and Biden.

White House press secretary Jen Psaki said the administration has been clear that “we are committed to pursuing diplomacy until the moment an invasion begins.” “We are always ready for diplomacy. We are also ready to impose swift and severe consequences should Russia instead choose war,” Psaki said in a statement. “And currently, Russia appears to be continuing preparations for a full-scale assault on Ukraine very soon.” On Thursday, US Secretary of State Antony Blinken is set to meet Russian Foreign Minister Sergei Lavrov in Europe, under same condition that Russia will not be sending any more troops into Ukraine before that.

“Until the tanks are actually rolling, and the planes are flying, we will use every opportunity and every minute we have to see if diplomacy can still dissuade President Putin from carrying this forward,” US Secretary of State Antony Blinken said speaking to CNN.

According to estimates shared by the Biden administration, Russia has amassed at least 190,000 troops around Ukraine. This includes separatist forces in eastern Ukraine’s Donetsk and Luhansk regions.

The French Presidency said that Putin has agreed over the need to “prioritize a diplomatic solution” to the Ukraine crisis. France further said that the next few hours will witness some real intense work to enable a meeting aiming for a ceasefire. French Presidency said that Ukrainian and Russian leaders have agreed to resume talks through Normandy Format – a group created to resolve conflict in eastern Ukraine, including Ukraine, Russia, France and Germany.