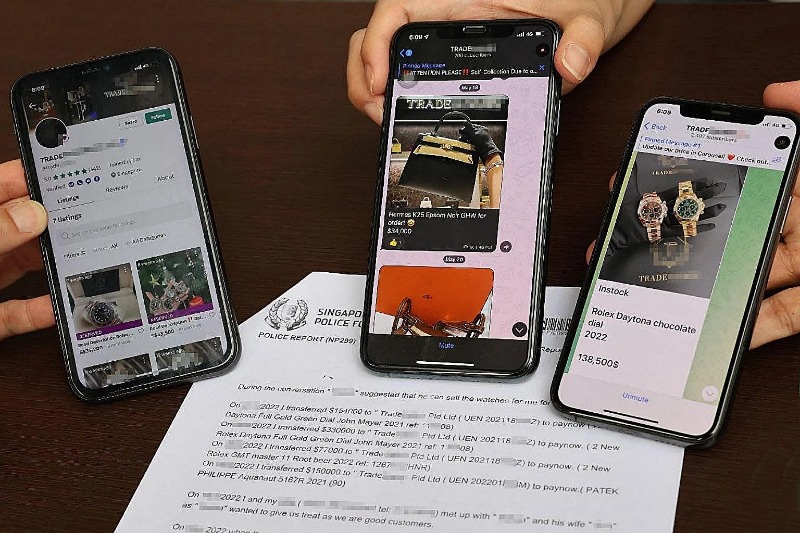 why is the singdollar rising against major currencies

Why is the Singdollar rising against major currencies?

It is trading at record highs versus a slew of currencies as the Singapore dollar strengthens.

Consider the yen in Japan. In January, a Singapore dollar was worth roughly 85 yen in Japan. Thursday (Jul 21) saw an all-time high of 99.71 yen, an increase of roughly 17% since the beginning of this year.

Singapore’s dollar-to-ringgit exchange rate hit a new all-time high on Thursday, surging over 4% from its January beginnings of around 3.08 to reach 3.2062.

Last week, the local currency hit a new record high against the euro and the pound.

Against regional counterparts such as the South Korean won and Thai baht, the Singapore dollar is trading at multi-year highs at the moment.

“Against these currencies, why has the Singdollar performed so well? What are the long-term ramifications for businesses and the Singapore economy if the Singapore dollar strengthens? We consult the authorities.”

Currencies’ fortunes have been impacted by global central bank measures as well as country-specific variables.

As the US Federal Reserve has been more hawkish in recent months, the US dollar has risen in value. The dollar’s rise versus other currencies has been fueled by investors seeking refuge from global economic uncertainty.

In other words, on July 13th, the euro went below its 20-year low against the dollar. On Thursday afternoon, the euro was trading at 1.0176 against the US dollar, up from a low of 1.0134 earlier in the day.

The Fed and its inflation-driven rate hikes are the starting point for understanding all of these currency fluctuations. DBS Group’s senior foreign exchange strategist Philip Wee said, “Then you look at the other nations to see who has or has not matched the United States in terms of rate hikes,” Wee added.

Economic concerns in Japan have led to the country’s monetary policy being kept on the sidelines for now. On Thursday, the Bank of Japan (BOJ) maintained its ultra-low interest rates, reinforcing its view that the rebuilding economy still requires assistance.

MUFG senior currency analyst Jeff Ng believes that the yen will continue to underperform as long as the BOJ is an outlier in the group of central banks it belongs to.

The European Central Bank (ECB) raised interest rates for the first time in 11 years on Thursday as a result of Europe’s shaky growth prospects.

The Russia-Ukraine conflict has also contributed to the euro’s decline. Because of the conflict, there is concern about a long and severe economic downturn in the region. A recession in the Eurozone could begin as early as the third quarter, according to several major banks.

Another factor contributing to a weakening pound is the UK’s inflation, which has reached its highest level in 40 years and is now threatening a recession.

There is a growing sense of insecurity in the British economy following Boris Johnson’s resignation, according to Mr Wee, who believes that an economic hard landing and a political crisis are the most likely outcomes.

According to Mr Ng, currency weakness can also be attributable to growing trade imbalances and high commodity costs in nations like India and the Philippines.

“It was an off-cycle surprise on July 14th that re-centered the mid-point of the Singapore dollar nominal effective exchange rate policy band “up to its prevailing level,” which the Monetary Authority of Singapore (MAS) has tightened monetary policy four times in around nine months back home.

Since the MAS’s first move in October of last year, the Singdollar has gained approximately 4.4% against a basket of currencies, according to Mr Ng.

The majority of analysts feel that if inflation in Singapore continues to rise, additional tightening will be necessary.

Mr Ng added that Singapore’s economy has continued to thrive, boosting the Singapore dollar’s value against its regional peers.

“There is no doubt that electronics are an important part of the manufacturing sector. Additionally, modern services like financial ones are doing well, while those formerly affected by the epidemic are on their way to recovery,” he said.

“Another factor for the Singdollar’s outperformance against most currencies is the economy continuing functioning quite well.”

Despite this, the local currency is still under pressure from the surging US dollar.

The Singdollar was last trading at 1.3938 against the US dollar on Thursday afternoon, down around 4% year to date, even after MAS’ latest tightening action.

Because the Singapore dollar is rising versus the majority of other currencies, travelers planning trips to places like Europe or Japan will benefit from lower currency exchange rates.

Businesses having activities in other countries, such as importers, may also benefit from this, but exporters may suffer as a result. Experts, on the other hand, warned CNA that the results may be less obvious this time.

First, Mr. Ng noted that most international trade continues to be priced in US dollars.

As a result, despite the Singdollar’s advances versus other currencies, its weakness against the U.S. dollar means that any gains will be offset.

A firmer Singdollar this time around will “be more targeted” based on where a company buys raw materials, bases its production, and ultimately sells its products, according to Mr Ang Yuit, vice-president of the Association of Small and Medium Enterprises.

To paraphrase him, “currency fluctuations are not that easy and straightforward,” he remarked.

“What about a clothing company that’s likely to be headquartered in Vietnam and then exported around the world? There’s no actual benefit to the corporation from the Singdollar going up here other than being able to invest in Vietnam, for example.”

Singdollar appreciation will not have a big impact on exports according to Minister of State for Trade and Industry Alvin Tan, who made the statement during a speech before Parliament.

Exports are largely dependent on demand, rather than the exchange rate in Singapore. “High value-added products and services,” he explained to the House of Commons in May, “where demand is less sensitive to price and thus fluctuation in exchange rate.”

Mr Song, however, believes that the MAS’ annual report, which was released this week, contains some negative repercussions.

With reduced investment returns on Singapore’s foreign reserves due to a higher Singdollar, the central bank lost S$7.4 billion in the most recent financial year. As a result, enterprises who have operations outside of the United States yet declare their earnings in their home currency risk the same negative consequences of currency translation.

“Imagine you’re a hospitality company with a slew of properties spread across Europe and Japan. Currency translation losses will be incurred as long as you record your earnings in Singapore dollars,” a senior Singapore economy observer explains.

Currency swings, on the other hand, can also indicate bigger upheavals in the global economy.

With central banks tightening monetary policy and other uncertainties continuing, “there might be a recession on the horizon and an impending downturn in global demand, which for open economies like Singapore, won’t be so good news,” said Mr Song.

A “turning moment” could be on its way, according to Mr Wee, who believes the US dollar’s surge is nearing its end.

Safe-haven flows have fueled dollar strength so far, but the decline in US economic data has not been taken into account. It’s also typical for the market to begin focusing on 2023’s recession risk while it’s in its second half of a rate-hiking cycle.

In addition, monetary policy tightening is currently being adopted by many central banks around the world.

As we’ve heard, supply chain disruptions have been a contributing factor to the inflation problem. According to Mr Wee, the issue currently is “demand-side (factors) like wages and corporate pricing… and that has spurred other central banks to come in with larger rates.”

A probable slowdown in the US and China’s economies, according to Mr. Ng, could cause the Singapore dollar to lose value against other currencies next year.