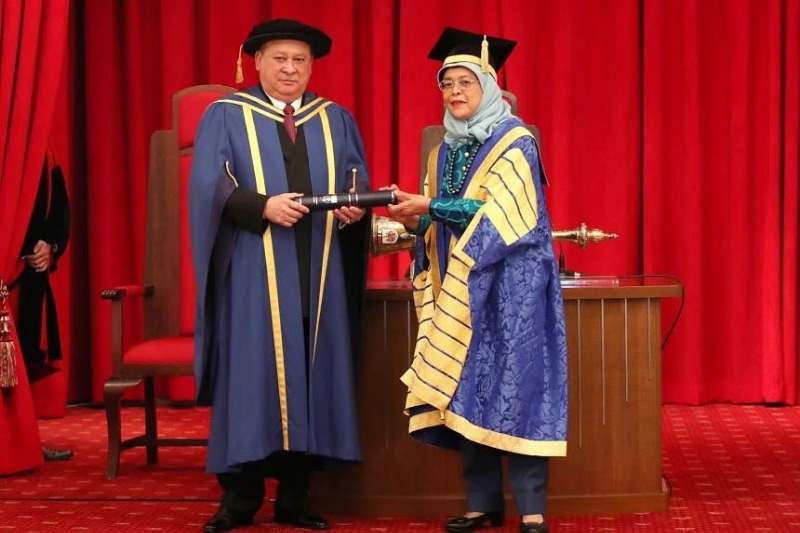 The Honorary Doctor of Laws in appreciation of his “integral role in guaranteeing peace, progress, and prosperity” of the state, as well as his “valuable contributions” to developing Malaysian-Singaporean relations, according to an announcement from the university.

President Halimah Yacob, who is also the Chancellor of NUS, presided over a special event at the Istana to award the degrees.

According to NUS, the honorary degree is the university’s highest form of acknowledgment for persons who have made significant contributions both locally and globally via their meritorious service.

A seasoned soldier, generous philanthropist, and most importantly, a kind king who cares about the well-being of his people, Sultan Ibrahim is a well-respected monarch.

Earlier this week, the Ministry of Foreign Affairs announced that Sultan Muhammad V was in Singapore on an official visit at the invitation of Prime Minister Lee Hsien Loong.

Additionally, Sultan Ibrahim’s formal schedule during his three-day visit includes a stop at Sembawang Air Base, ISEAS, and the Yusof Ishak Institute of International Studies.

After receiving the state’s highest honor during a May visit from the Johor Sultan, Mr. Lee is returning to Johor two months later to meet with the Sultan again.