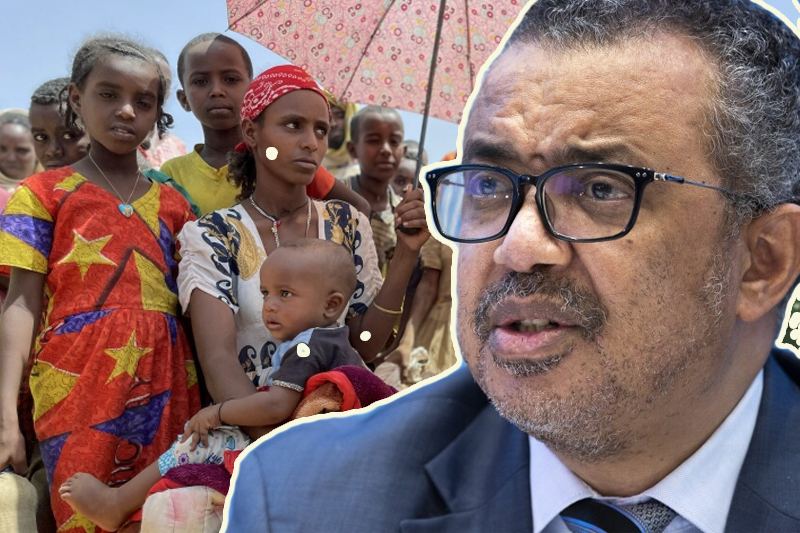 World Health Organization (WHO) chief has described the ongoing humanitarian crisis in Ethiopia’s Tigray region as “the worst disaster on Earth”. On Wednesday, he wondered aloud whether the reason that global leaders have not come to aid of the people was due to “the color of the skin of the people in Tigray.” WHO Director-General Tedros Adhanom Ghebreyesus, an ethnic Tigrayan himself, said in an emotional statement at a press briefing that the situation in his home country, triggered by a conflict is worse than any other world’s humanitarian crises.

Tedros underlined that for the past 21 months, the Tigray region of Ethiopia has essentially been under siege, cutting off the 6 million people from the world. He described the Ukraine conflict as a “crisis that has the global community potentially sleepwalking into a nuclear war that could be the mother of all problems,” but also argued that the disaster in Tigray was far more critical and worse. “I haven’t heard in the last few months any head of state talking about the Tigray situation anywhere in the developed world. Anywhere. Why?” Tedros asked.

“Maybe the reason is the color of the skin of the people in Tigray.” he said.

Conflict in Ethiopia’s Tigray region began in 2020, November between Ethiopian forces and TPLF (Tigray People’s Liberation Front) that soon escalated into targeted attacks, labelled ethnic attacks against the people of Tigray. Since the conflict began, little humanitarian aid has reached the region, prompting famine in the Tigray. Tedros highlighted that Tigrayan people had no access to medicine, basic aid and telecommunications and were also prevented from escaping the region.

“Nowhere in the world you would see this level of cruelty, where it’s a government (that) punishes 6 million of its people for more than 21 months,” the WHO chief said. “The only thing we ask is, ‘Can the world come back to its senses and uphold humanity?’”