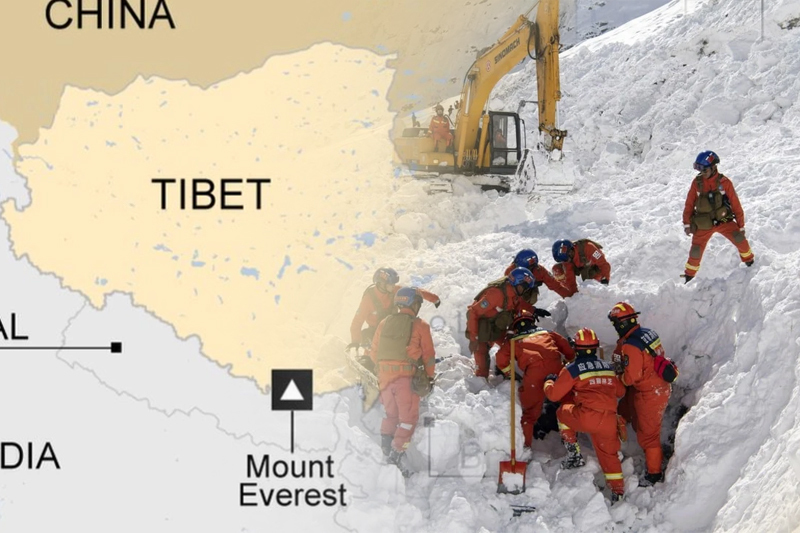 The search for survivors following Tuesday’s avalanche in Nyingchi, Tibet, is almost at an end, with all the missing accounted for, Chinese state media said, citing local authorities. According to Xinhua news agency, the death toll had increased to 28 with the recovery of eight more bodies on Friday.

It said a 1,300-strong rescue team had been dispatched to the site. The massive avalanche engulfed a highway in the Tibetan Himalayas, trapping scores of vehicles carrying travellers home for the Lunar New Year holiday. More than 50 people had been rescued, and five of them hospitalised, an earlier report from Xinhua mentioned.

According to state broadcaster CCTV, almost all the casualties were caused by hypothermia and a lack of oxygen. Warm weather and strong winds were blamed for the snowslip, it added, citing initial weather reports.

Most of the victims were local Tibetans heading home for the Lunar New Year, which starts on Sunday, nationalist tabloid the Global Times reported, citing a local villager. “The snow was … waist-high, and the road was very slippery,” the paper cited a health centre employee as saying.

At least 26 people died last October when a mountaineering expedition was trapped in a massive avalanche at around 16,000 feet in India’s northern state of Uttarakhand, which borders Tibet. The avalanche struck at around 8:45 am local time on the Mount Draupadi ka Danda-II.

Avalanches are not uncommon, as extreme weather events become more frequent. Although no substantial research has been done on the impacts of global warming on mountaineering risks in the Himalayas, several climbers have raised concerns over running water on previously snowy slopes, crevasses widening and the rising formation of glacial lakes.