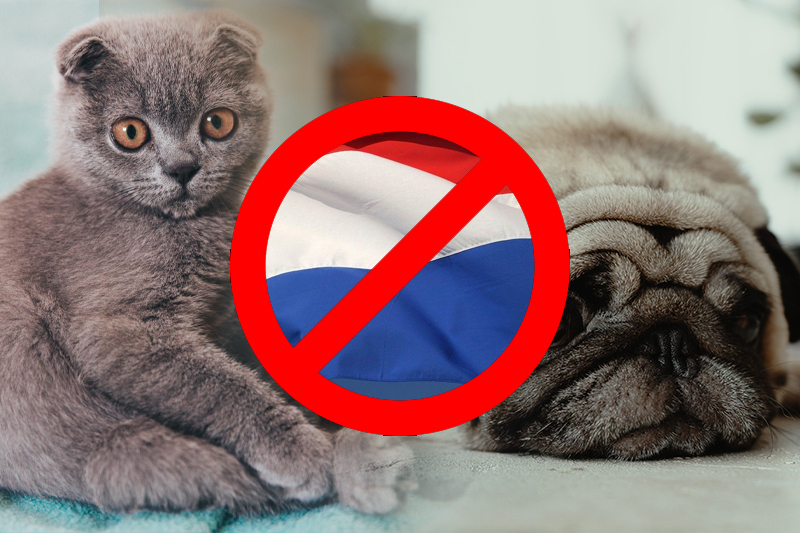 The Netherlands wants to outlaw the ownership of designer breeds, such as flat-faced dogs and cats with folded ears, which look cute but suffer “miserable” health problems, the government announced on Friday.

“We make life miserable for these innocent animals, just because we like them and find them cute,” said Dutch Agriculture Minister Piet Adema, adding he would also seek to ban the publication of photos of them in advertising or on social media.

Although owners of these designer pets have the best of intentions, they are often unaware of the ugly side of their pets’ sweet appearance, Adema mentioned.

The minister even shared the examples of “dogs with snouts that are too short are constantly out of breath”, “dogs that have a deviant skull shape may suffer from a permanent headache”, and “cat breeds with folded back ears also suffered health problems.”

Recent studies suggest pugs and other dogs bred to have short noses are more susceptible to health problems, especially with breathing. The Dutch government has asked for advice from experts at the University of Utrecht. There will be a transitional arrangement for people who already own pets with harmful characteristics. They will be allowed to keep them until the animal dies.

Although the country prohibited the breeding of animals with such banned characteristics in 2014, some pets were still being traded illegally or purchased from abroad. With the proposed new rules, the government plans to close the loophole by making it illegal to even own these animals.

In 2020, the Netherlands even banned the use of shock collars on dogs. These collars are often used in dog training. But according to Carola Schouten, the then Minister of Agriculture, Nature and Food Quality, there is no evidence that the use of a shock collar leads to better results in behavioural training than other non-electric measures.