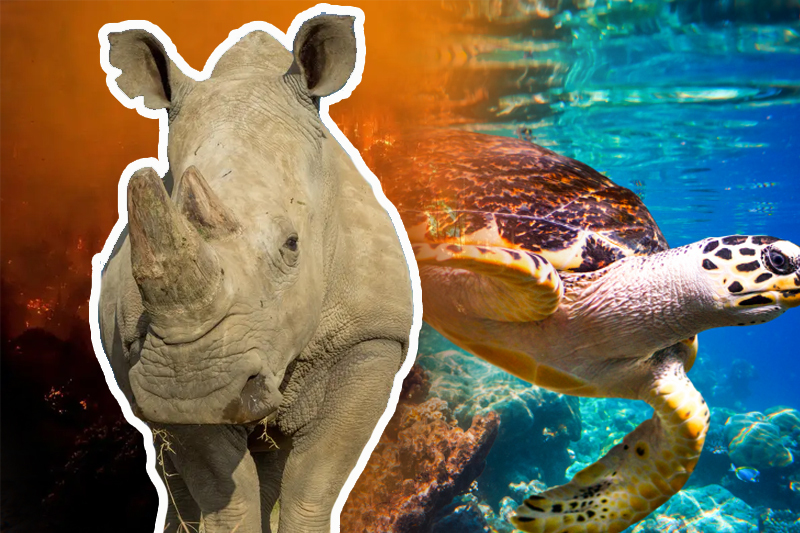 Study: Over 1 in 10 species can extinct by century end globally

Our planet could lose more than one in ten species of plants and animals by the end of this century if current trends of climate change and lack of necessary actions continues. According to new research backs calls by over 3,000 scientists globally urging the governments to stop inflicting trauma on nature and climate as part of the final days of negotiations at Cop15.

“The climate crisis will drive an accelerating cascade of extinctions in the coming decades, as predators lose their prey, parasites lose their hosts, and temperature rises fracture Earth’s web of life,” according to the researchers, who warn rising risk of co-extinctions in paper that was published in Science Advances.

IUCN red list typically monitors the plants and animals that are at risk of going extinct. On this list the scientists have published their analysis on over 150,388 species that are facing threats of depleting numbers. Through this they have found that more than 42,000 of these species could go extinct, primarily due to human behaviour. “This study is unique because it accounts also for the secondary effect on biodiversity, estimating the effect of species going extinct in local food webs beyond direct effects. The results demonstrate that interlinkages within food webs worsen biodiversity loss,” said the study’s co-author, Prof Corey Bradshaw of Flinders University in Australia.

“Think of a predatory species that loses its prey to climate change. The loss of the prey species is a ‘primary extinction’ because it succumbed directly to a disturbance. But with nothing to eat, its predator will also go extinct (a co-extinction). Or, imagine a parasite losing its host to deforestation, or a flowering plant losing its pollinators because it becomes too warm. Every species depends on others in some way,” he explained.

“We have populated a virtual world from the ground up and mapped the resulting fate of thousands of species across the globe to determine the likelihood of real-world tipping points,” said Dr Giovanni Strona, a co-author and a scientist at the University of Helsinki.