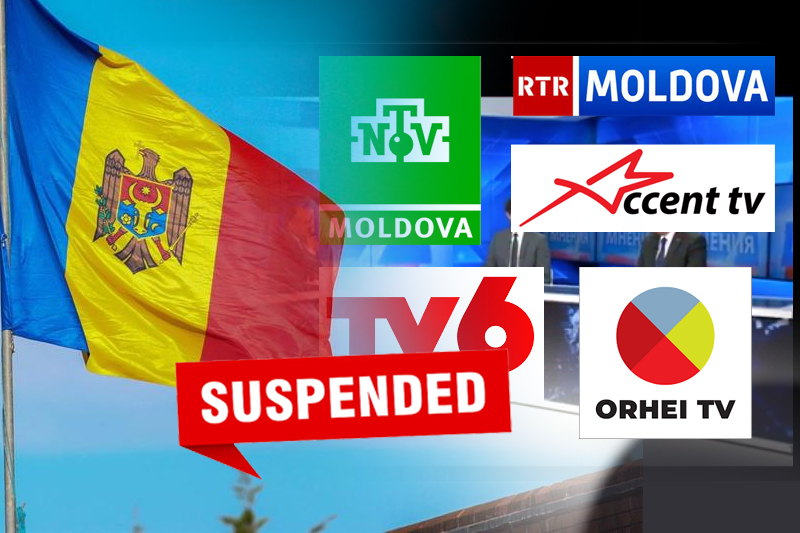 Six television channels in Moldova have lost their broadcasting licenses and have been suspended in the European country over accusations of misinformation, inaccurate coverage and information about Russia’s war in Ukraine, and “attempts to manipulate public opinion,” as underlined by the authorities.

The broadcasting licenses have been revoked of channels First in Moldova, RTR Moldova, Accent TV, NTV Moldova, TV6 and Orhei TV, with the decision being announced late on Friday by Moldova’s Commission for Exceptional Situations. The department was established in response to Russia’s invasion of Ukraine. Four of the six suspended channels — First in Moldova, RTR Moldova, NTV Moldova, and TV6 — regularly re-transmit programs from Russian TV channels that on Friday were banned by the European Council as part of a fresh wave of sanctions against Russia, said The Associated Press.

The Moldova’s Commission for Exceptional Situations said the suspensions were made based on a review conducted by Moldova’s Audiovisual Council that found a “lack of correct information in the coverage of national events, but also of the war in Ukraine.” It also said the “suspensions aim to prevent the risk of disinformation … or attempts to manipulate public opinion.”

EU’s Council said that the banned Russian broadcasters are under the “direct or indirect control of the leadership of the Russian Federation and have been used by (the) latter for its continuous and concerted disinformation and war propaganda actions.”

TV6 has called the suspension as “totally unfounded” and “an unprecedented attack on freedom of expression, editorial freedom (and) freedom of journalists.” The channel said in a statement on Facebook that the commission’s argument “is not only totally unfounded but also downright false”.

Moldovan President Maia Sandu has hailed the suspensions as he said, “We cannot accept that in this challenging period, the security of the state and the peaceful life of citizens are endangered by fugitives who want only one thing — to escape justice.”