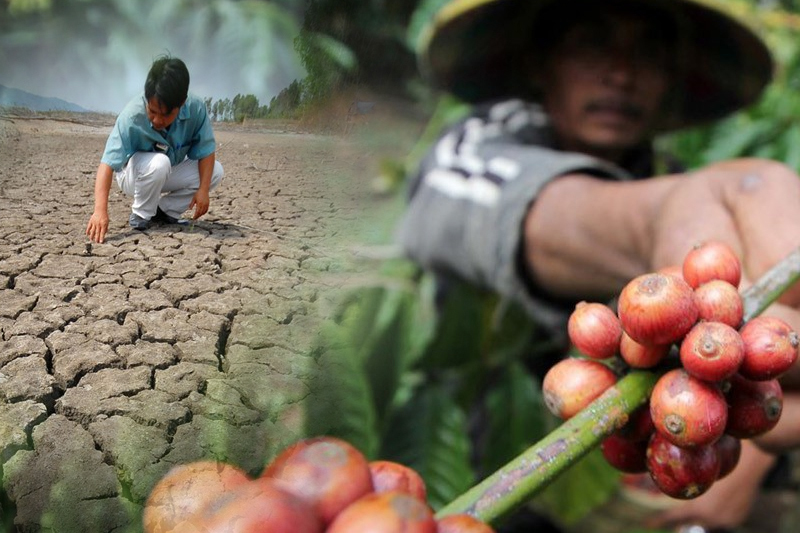 Climate change can drastically impact rice and coffee production in the Republic of Indonesia, according to a recent study by a team of scientists and the United Nations climate science panel.

The recent study titled “Impact of Climate Change in Indonesian Agriculture” will be published by a team of scientists led by a co-chair of the UN’s climate science panel. The report has indicated that carbon emissions can reduce rice and coffee production in Indonesia.

According to the study, climate change could cut Indonesia’s rice production by millions of tons a year, which can lead to price increases of more than 50 per cent. Reportedly, lower carbon emissions could also lead to reduced rice production and price rises but to a lesser extent.

Indonesia is the fourth-largest rice producer in the world. According to the report, production cuts can have a “disastrous effect” on the world’s poorest people. Indonesia’s coffee exports could also fall around 2-35 per cent due to continued carbon emissions.

The study also projected an increase in coffee prices of around 32 per cent by 2050 for Arabica and Robusta bean varieties. It indicated that Indonesia’s decreased coffee and rice output could also affect the global supply chain. The report further revealed that climate impacts could reduce Indonesian rice production by 3.5 million tons.

Reportedly, a rise in sea level could also impact production. It can cause a 50 per cent loss of productivity as rising sea levels may also increase the saltiness of soils.