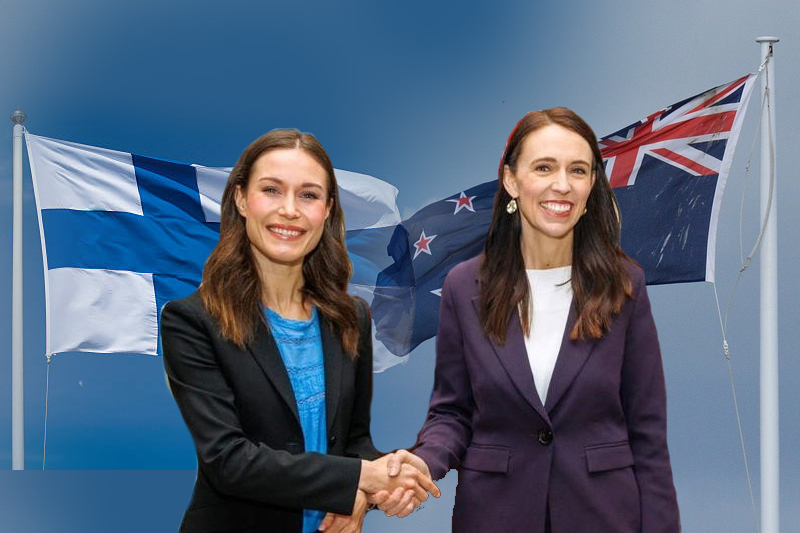 what is the commotion over jacinda ardern and sanna marin meeting

What is the commotion over Jacinda Ardern and Sanna Marin meeting?

The Finland Prime Minister Sanna Marin is on a working travel week to New Zealand and Australia and met her New Zealand counterpart Jacinda Ardern. But the meeting stirred up the social media and journalists, alleging that the prime reason of the meeting between the leaders was that they both are women and are of similar age.

This was the question that was asked by a male journalist at a press conference with both the leaders in Auckland. “A lot of people will be wondering, are you two just meeting because you’re a similar age?” asked the reporter, as Ardern looked irked. “My first question is whether anyone ever asked Barack Obama or [former New Zealand prime minister] John Key if they met because they’re of a similar age?” the New Zealand PM replied. “We have of course a high percentage of men in politics, it’s reality, and because two women meet it’s not just a matter of their gender,” PM Ardern added.

“We’re meeting because we are prime ministers,” Finland’s Sanna Marin shot back at the reporter.

Talking about the close relationships between New Zealand and Finland, Ardern said, “Our countries are aligned on incredibly important issues – we share a strong commitment to democratic values as the basis for open, tolerant, resilient, equal societies, and to multilateralism and a rules-based order that has underpinned global peace and prosperity since 1945.”

During the press conference, Marin was asked if she is a “party animal”, referring to a recent controversy surrounding Finnish PM, in which a video was circulated in which she was seen partying. “I don’t focus on it,” said Marin. “During our government period there has been the global pandemic, there is war now in Europe, there is an energy crisis and perhaps an economic crisis in front of us, so there are many things on my plate,” Marin stated.