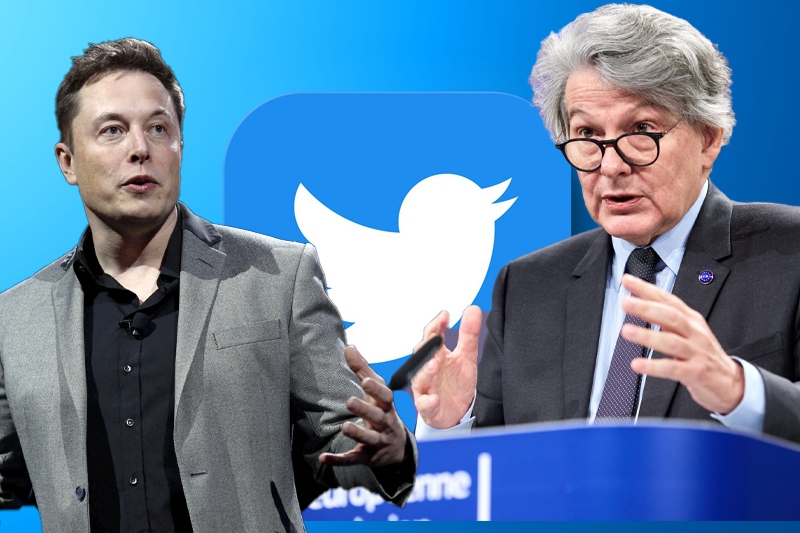 A top official of the European Union has issued a stark warning to the new owner of Twitter, Elon Musk that the social media platform must gear up to impose and tighten its measures towards protecting the users from misinformation, hate speech among other harmful content as a necessary step to avoid breaching the new rules by EU that can impose fines or worse, a ban in the bloc comprising of 27 nations.

Thierry Breton, the Digital Policy Commissioner of the EU, told the Tesla CEO that Twitter is require to seriously increase its targeted efforts to follow the bloc’s new rules for the big tech sector, the Digital Services Act, that is scheduled to come into effect starting next year. Breton held a discussion with Musk over a video call to assess and discuss the company’s “preparedness” for the law compliance and protect its users from hate speech, child sexual abuse, terrorism and commercial scams.

Breton said he was satisfied to know that Musk “considers the EU rules a sensible approach to implement on a worldwide basis.” The new digital rules by EU have pushed it as a global leader when it comes to the agenda of reining the social media companies. “I welcome Elon Musk’s statements of intent to get Twitter 2.0 ready for the DSA,” said Breton. “I am pleased to hear that he has read it carefully and considers it as a sensible approach to implement on a worldwide basis. But let’s also be clear that there is still huge work ahead, as Twitter will have to implement transparent user policies, significantly reinforce content moderation and protect freedom of speech.”

“But let’s also be clear that there is still huge work ahead,” Musk said, as mentioned in a readout of the call which was released by Breton’s office. “Twitter will have to implement transparent user policies, significantly reinforce content moderation and protect freedom of speech, tackle disinformation with resolve, and limit targeted advertising.”

According to the Financial Times, Breton has mentioned that in case of any breach of the EU’s act, fines can charge up to 6 per cent of the total global turnover of the company. In case of Twitter this can sum up to $500 million. Another implication can be a temporary suspension of the social media across the bloc nations, which will be the last resort in such case of non-compliance.