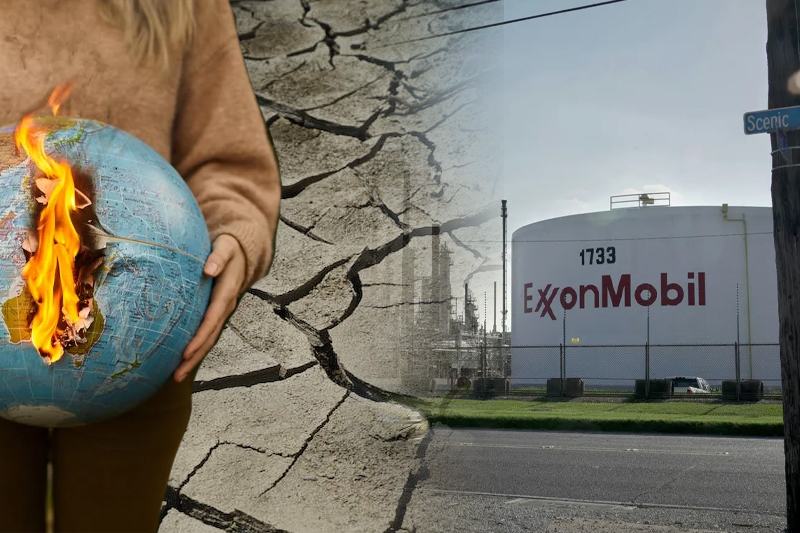 Scientists at one of the world’s largest oil companies – ExxonMobil – accurately predicted how climate change would cause global temperature to rise in reports dating back to the late 1970s and early 1980s, a new study published Thursday in the journal Science found. Their projections were as accurate, and sometimes even more so, as those of world-leading NASA scientists.

Yet for years, the company continued publicly casting doubt on climate science and warned against any drastic move away from fossil fuels.

In the late 1970s, one of Exxon’s supertankers was fitted with state-of-the-art equipment to measure carbon dioxide in the air and the ocean, an early example of incredible research the company conducted.

Researchers involved in the new study analysed data in the company’s internal documents. They compared Exxon’s climate projections against historical observations and found between 63% to 83% of the projections were accurate in predicting subsequent global warming. The company had projected an average warming of around 0.2C per decade.

The findings are a “smoking gun”, said co-author Geoffrey Supran, a research fellow in the history of science and Harvard University.

ExxonMobil has denied the allegations.

Corporations including Exxon have made billions selling fossil fuels. “It really underscores the stark hypocrisy of ExxonMobil leadership,” Naomi Oreskes, professor of the history of science at Harvard University, mentioned. She said the findings show Exxon “knowingly misled” the public and governments.

The new study also suggests that the oil giant had appropriate estimates for how emissions would need to be reduced to prevent the worst effects of climate change in a world warmed by 2C or more.

The findings introduce additional pressure on ExxonMobil over what it knew about global warming. Numerous environmental campaigners are already accusing the company of spreading misinformation to protect its business interests in fossil fuels and are suing it in a number of US courts.