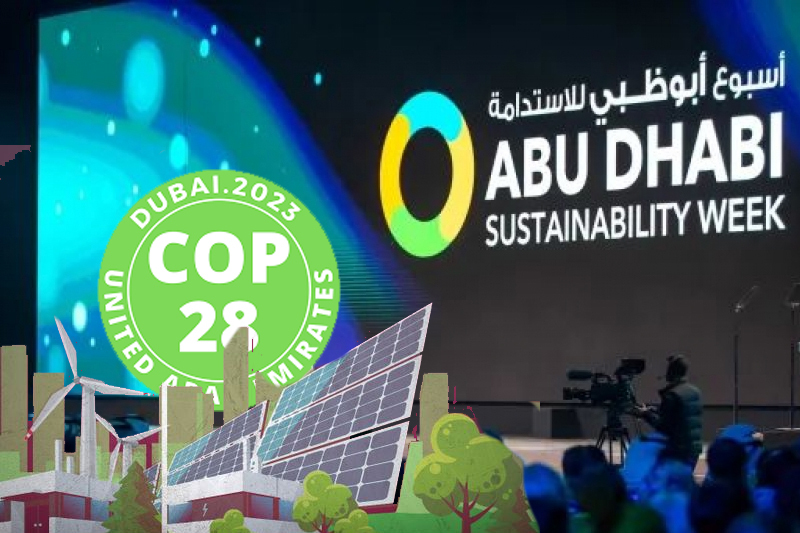 ADSW 2023, from January 14 to 19, will bring together heads of state, policymakers, industry leaders, investors, entrepreneurs, and youth to have impactful conversations on the transition to a net-zero future. It is expected to play a significant role in driving momentum between COP27 and COP28 – to be hosted by the UAE from November 30 – December 12 this year.

Established by the Emirates and hosted by its clean energy powerhouse Masdar, ADSW has, since 2008, convening world leaders to discuss, engage, and debate climate action and innovation. For over 15 years, the global initiative has been featuring high-level sessions focused on the key priorities for sustainable development. ADSW helps translate pledges into practical outcomes.

Masdar, also known as the Abu Dhabi Future Energy Company, is the country’s clean energy champion and one of the largest companies of its kind in the world. Masdar is currently active in over 40 countries. For more than 15 years, it has been helping several nations achieve their clean energy objectives and advance sustainable development.

The company aims to achieve a renewable energy portfolio capacity of at least 100 gigawatts (GW) by 2030 and an annual green hydrogen production capacity of up to 1 million tonnes by the same year.

The UAE’s hosting of COP28 has provoked concern from activists urging a shift away from oil. But having diversified its economy over the years, the country relies less and less on oil. At the same time, it is also investing billions into developing enough renewable energy to cover half of its requirements by 2050, when it is targeting domestic carbon neutrality.