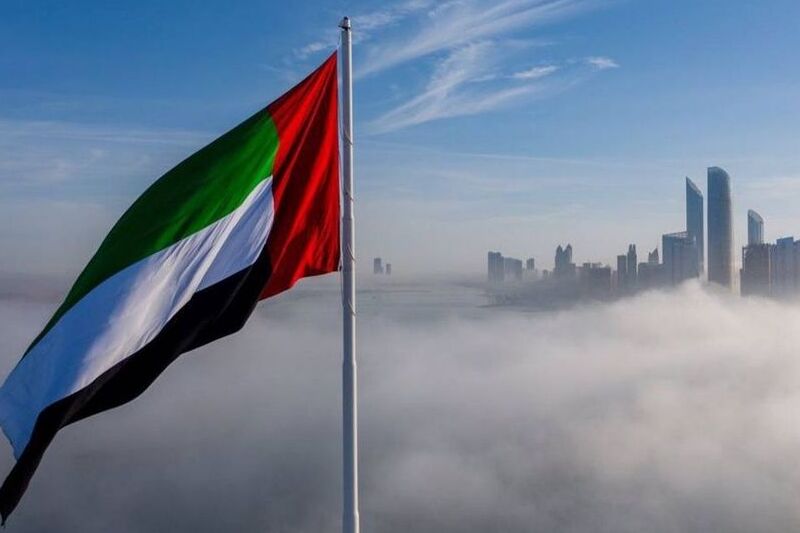 uae's 2022 most important events and achievements

UAE’s 2022 Most Important Events and Achievements

The United Arab Emirates (UAE) was a witness to a number of significant events, decisions, and qualitative accomplishments in all disciplines during the year 2022. These served as a new impetus in the process of achieving sustainable development.

As we get closer to the end of the current year, the Emirates News Agency, WAM, has been keeping track of the most significant of these happenings, accomplishments, and decisions in the following report:

A new business incubation and acceleration package has been introduced by Masdar City in partnership with the UAE Space Agency. This package is intended for space-related start-ups and small and medium enterprises (SMEs) that are participating in the Space Economic Zone Program in Masdar City – Abu Dhabi.

As the first space-tech hub in the United Arab Emirates, the Space Economic Zone Initiative in Masdar City was the first to be launched in January 2022 as part of the UAE Space Agency’s Space Economic Zones program. This program was launched in conjunction with the UAE Space Agency. Small and medium-sized enterprises (SMEs) and start-up businesses will benefit from the dedicated zone’s integrated business ecosystem, which includes world-class infrastructure, office space, and an atmosphere that is conducive to company growth.

Ahmed Baghoum, executive director of Masdar City, stated, “Masdar City has created a unique ecology that fosters the coexistence of business and innovation. Our partnership with the UAE Space Agency to host the UAE’s first dedicated Space Economic Zone is aimed at attracting the world’s most skilled individuals and fostering entrepreneurship and economic growth within the rapidly expanding space sector. This new business package adds an extra benefit for space-related enterprises, and we look forward to hosting them in a conducive business climate.”

Expo City Dubai has been completely turned into a merry winter wonderland for Expo 2020 Dubai. Guests will be greeted by two enormous nutcrackers as they enter the venue, and the iconic robots that will be on display will be wearing plush reindeer antlers.

Winter City, which first opened on November 23, spans two avenues in the Mobility District of the site and provides visitors with a plethora of holiday-themed activities and attractions. When guests arrive, they will be greeted by staff members decked out in costumes depicting Santa Claus’s elves, who are holding bright pinwheels and beaming with joy.

The lanes are lined with more than thirty booths and kiosks, each of which provides a unique experience and a selection of merry goods. These range from carnival-style games to arts and crafts stations, including a tie-dye workshop location.

Ornaments for the holiday season are sold by some of the other merchants, along with more general artisanal home decor. In addition, guests can stop at a number of locations within the Christmas-themed area to pick up some fast meals and beverages.

The United Arab Emirates (UAE) has become a member of the International Partnership for Hydrogen and Fuel Cells in the Economy (IPHE), as was announced by the Ministry of Energy and Infrastructure. This is a new accomplishment that adds to the UAE’s long track record as a pioneer in the field of energy.

Sharif Al Olama, who is the Under-Secretary of the Ministry of Energy and Infrastructure for Energy and Petroleum Affairs, and Noe van Holst, who is the President of IPHE, both signed the agreement while they were not physically present.

According to him, becoming a member of the IPHE will not only strengthen the country’s standing as a leading contributor to the development of international agreements, policies, and activities related to hydrogen and fuel cell technologies and infrastructure, but it will also support the national role that the energy sector plays in the economy.

The agreement will facilitate access to a global database containing information pertaining to hydrogen and will encourage collaboration with other efforts and organizations that are similarly focused.

UAE ranks 13th in the world

The economy of the UAE is often regarded as one of the most open in the entire globe. This practice of extending a warm welcome to commercial endeavors dates back to the early days of the Gulf’s history, when ships regularly made their way to India and down the coast of East Africa, all the way down to Mozambique in the south.

The United Arab Emirates (UAE) maintains its status as a strategic hub by providing business-friendly free zones and a rapidly expanding economy. The GDP of the UAE in 2020 was estimated to be $359 billion. This is a reflection of the abundant natural resources that are found in the UAE, which possesses oil reserves equal to ten percent of the entire world supply and natural gas reserves that rank as the fifth largest in the world.

On Friday, the government agency wrote on its Twitter account that the Ministry of Presidential Affairs had “announced that there will be 40 days of official mourning with flags at half mast and three days of closure of ministries and official entities at the federal, local, and private sector levels.” The flags will be flown at half mast during the official mourning period.

Sheikh Khalifa had been seen in public only very infrequently since he suffered a stroke in 2014. Since then, his brother, Abu Dhabi’s Crown Prince Mohammed bin Zayed (also known as MBZ), has been viewed as the de facto ruler and the decision-maker of major decisions regarding the country’s foreign policy, such as joining a Saudi-led war in Yemen and leading an embargo on neighboring Qatar in recent years. Sheikh Khalifa’s stroke occurred in 2014.

U.S. Secretary of State Antony Blinken announced on Tuesday that the United States and the United Arab Emirates have reached an agreement to spend one hundred billion dollars on projects related to clean energy, with the objective of adding one hundred gigawatts to the global power grid by the year 2035.

According to a statement released by Blinken, the two countries came to an agreement in Abu Dhabi and signed a memorandum of understanding that outlines the parameters of the contract.

Under the terms of the initiative, the United Arab Emirates (UAE), a member of OPEC that produces oil, and the United States would collaborate to offer funding, project management, and technical assistance to other nations that are working on commercially and environmentally sustainable energy projects.

This is the UAE’s third trade agreement this year, following the CEPAs with Israel and India. The financial and tourism powerhouse of the Middle East is attempting to diversify its economy away from hydrocarbons and strengthen commercial relations with the rapidly expanding economies of Asia and Africa. The UAE’s ultimate objective is to become an unparalleled center for finance, trade, industry, and business serving the Middle East and beyond.

The launch of the Rashid rover, which was manufactured in the UAE, will pave the way for the UAE’s long-term Moon exploration effort.

The first lunar probe constructed by an Arab nation will launch from a spaceport in Florida.

Since 2017, a core group of eleven individuals has been responsible for the mission’s development.

They expect that the rover will land on the Moon’s near side, the side facing Earth, in order to investigate an uncharted region.

The rover is named in honor of Sheikh Rashid Al Saeed, the father of Sheikh Mohammed bin Rashid, Vice President and Ruler of Dubai.

The Emirates Red Crescent Authority, Dubai Cares, and Sharjah Charity Association, in coordination with the Ministry of Foreign Affairs and International Cooperation and the Ministry of Community Development in the United Arab Emirates, launched the “We Stand Together” volunteering initiative, which aims to assemble urgent relief kits for families affected by the devastating monsoon rains and floods in Pakistan.

Humanitarian and charity organizations in the country are spearheading the “We Stand Together” project, which calls on the public to demonstrate sympathy with impacted Pakistani families. The Emirates Red Crescent Authority, Dubai Cares, and Sharjah Charity Association encourage volunteers to register at Volunteers.ae in order to participate in the program.

If there was any indication that the United Arab Emirates is taking its role as host of the next UN climate negotiations seriously, it would be the 1,073 delegates it registered to attend Cop27 in Egypt.

The Persian Gulf petrostate sent the second largest delegation in the history of climate conferences to Sharm el-Sheikh, including 70 oil and gas lobbyists — a taste of what is to come.

The UAE takes over the presidency of the UN climate talks from Egypt at the end of November next year, when it holds Cop28 at the Dubai Expo site.

The Emirates seek international influence as the most aggressive nation in the Gulf regarding climate action. It was the first in the region to set a net-zero objective for 2050. And at Cop27, it was the first to announce absolute emission reductions, as opposed to a hypothetical baseline of business as usual.

However, its proposed expansion of oil and gas output is incompatible with efforts to reduce global warming to 1.5°C. The United Arab Emirates has promoted its role as