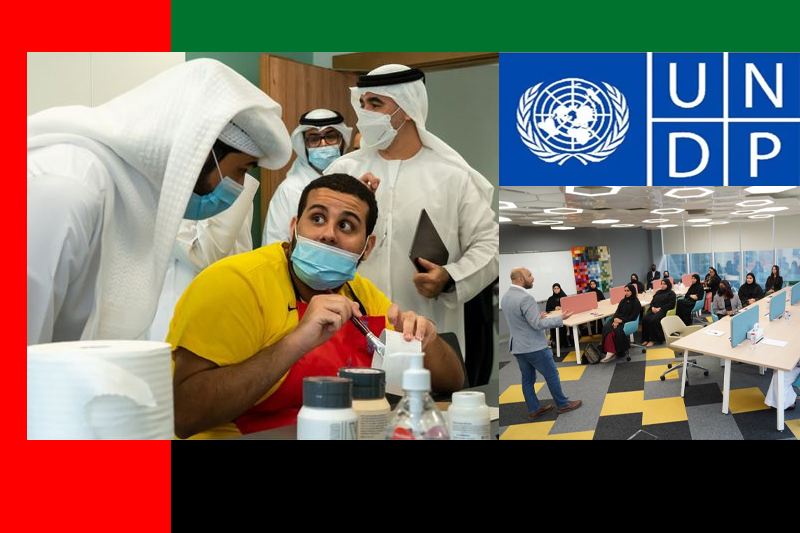 In the Global Knowledge Index 2022, published by the United Nations Development Programme (UNDP) in collaboration with the Mohammed bin Rashid Al Maktoum Knowledge Foundation, the UAE is ranked as the top nation in the world for technical and vocational education and training.

The UAE’s efforts to achieve the Sustainable Development Goals (SDGs) and its vision for the technical and vocational education and training system as one of the main pillars that support boosting the competitiveness of the country are the cause of this success.

The wise leadership of the UAE has worked hard to provide the best for the UAE community and build national capabilities to ensure a prosperous and sustainable future for future generations, according to Dr Mubarak Saeed Al Shamsi, Director-General of the Abu Dhabi Centre for Technical and Vocational Education and Training (ACTVET).

Having the highest rates of enrollment and female involvement in vocational programmes, he said, the UAE’s success in the technical and vocational education and training indicator is evidence of the country’s leadership in the sector. The UAE also provides ongoing training and skill development.

Dr Al Shamsi expressed his gratitude to the leadership of the UAE for continuously providing ACTVET with all the assistance it needs to develop its plan and enhance the technical and vocational education system of the nation in a variety of ways.

In order to retain its commitment to innovation and excellence and to stay at the forefront of the global market, he continued, ACTVET makes sure to implement international practices and keep up with the highest standards.

Al Shamsi outlined how the centre is in charge of an integrated network of institutions offering applied higher education, such as the Fatima College of Health Sciences, Abu Dhabi Polytechnic, and several schools of applied technology.

According to The National’s analysis, women make up between 80% and 90% of the student body at two of the three federal institutions of higher learning in the country.

At Zayed University last autumn, 89.9% of the 9,363 undergraduate and graduate students enrolled were women.

The United Arab Emirates University, the oldest institution in the nation, had an increase in its overall student body from 501 in its first year (1977) to 13,810 in 2016. Men made up 62% of the initial class of students, but only 18% of the total student body on campus during the previous academic year.

The largest public federal university in the nation, the Higher Colleges of Technology, has the most evenly distributed male-female enrollment. Women accounted for approximately 62% of HCT’s student body the previous year.

According to a report by UAEU on graduation and attrition rates, “enrolling and keeping national male students has been a significant concern for UAEU and other federal colleges.” “It has been challenging to attract and keep this group of pupils given the employment and further education opportunities accessible to national students following secondary education. To solve this dilemma, national methods that are comprehensive and coordinated are required.”