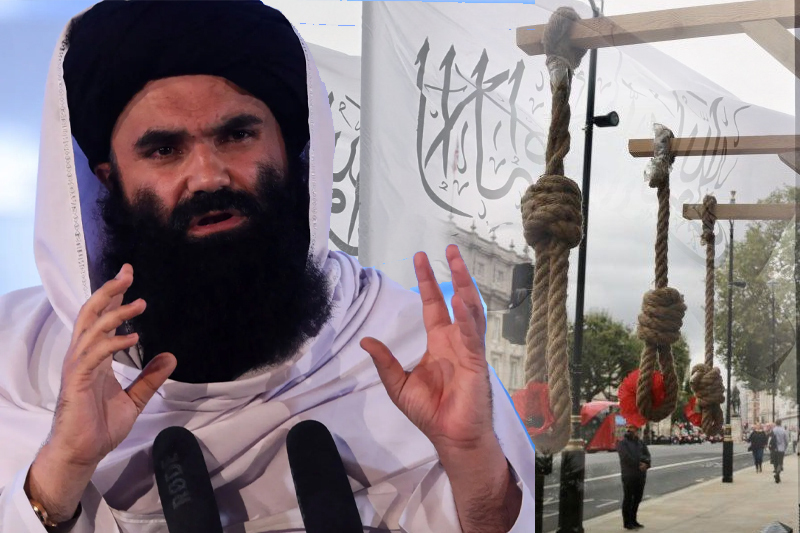 In what is taken as the first public execution by Taliban since the group seized the power in Afghanistan last year, a man accused of 2017 fatal stabbing was executed by victim’s father in presence of various Taliban officials. The man was executed in western Farah province of Afghanistan, as confirmed by Taliban spokesperson Zabihullah Mujahid.

“The case was investigated by three courts and authorised by the group’s supreme spiritual leader, who is based in southern Kandahar province,” said Mujahid as he added that the victim’s father shot the accused three times in presence of various senior officials of Taliban regime. Among those present were the acting interior minister, Sirajuddin Haqqani, and the acting deputy prime minister, Abdul Ghani Baradar, as well as the country’s chief justice, acting foreign minister and acting education minister.

The public execution has been criticized and condemned by UN human rights office, OHCHR as the spokesperson Jeremy Laurence described it as a “deeply disturbing” development. Calling the public executions form of “cruel, inhuman or degrading treatment or punishment”, Laurence stressed that they are “arbitrary in nature and contrary to the right to life protected under the International Covenant on Civil and Political Rights, to which Afghanistan is a State party”.

“The death penalty is incompatible with fundamental tenets of human rights, and its use cannot be reconciled with full respect for the right to life,” said OHCHR’s Jeremy Laurence. “We urge the de facto authorities to establish an immediate moratorium on any further executions, and act swiftly to prohibit use of the death penalty in its entirety”.

Taliban had seized the power in Kabul last year after hasty withdrawal of US troops from Afghanistan, creating one of the worst humanitarian crises with looming concerns over the regime of Taliban. During the 1996-2001 rule of Taliban, public executions, lashings and stoning were a common state of affair in Afghanistan.