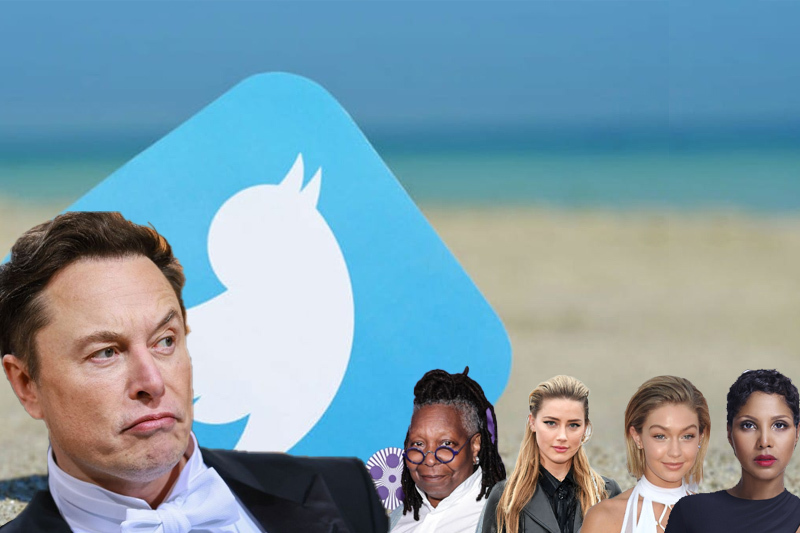 Elon Musk’s latest acquisition of Twitter has created havoc on the internet. After purchasing the social media giant, he bought several changes to Twitter. His $8 verification fee decision, laying off employees and deleting verified accounts from Twitter has left the internet divided. Many celebrities have quit Musk’s Twitter. Many famous celebrities have also spoken out against him.

Whoopi Goldberg announced her exit from Twitter on her talk show The View. She said, “It’s been a little over a week since Elon Musk took over Twitter and this place has become a mess.” She also criticised Musk for shutting down Kathy Griffin‘s account. Whoopi Goldberg is a famous and well-known celebrity in the United States.

Amber Heard reportedly left Twitter. A Twitter user named ‘The Umbrella Guy’ shared a screenshot of Heard’s Twitter profile, which said ‘This account doesn’t exist’. Heard is the ex-girlfriend of Musk. During the trial, many reports said that Heard cheated on Johnny Depp with Musk. Reportedly, Musk and Heard broke up after her divorce from Depp.

Among the high-profile Twitter exits include singer Toni Braxton. Before leaving the microblogging site, she reportedly said, “Hate speech under the veil of ‘free speech’ is unacceptable; So, I am choosing to stay off Twitter.”

Shonda Rhimes stopped tweeting since Musk took over the company. Before leaving the microblogging site, she reportedly tweeted, “Not hanging around for whatever Elon has planned. Bye.” Rhimes is famous worldwide for her television medical drama Grey’s Anatomy, Private Practice and the series Scandal.