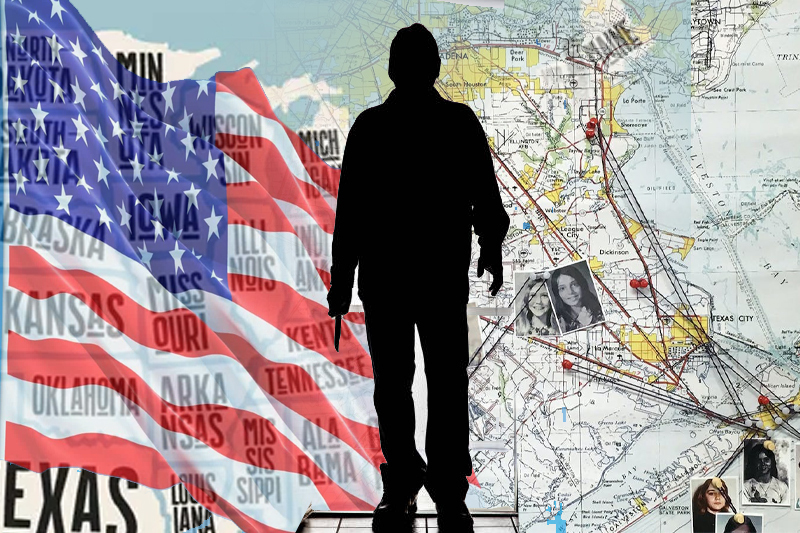 us states with the most serial killings

US states with the most serial killings

Serial killers have become a popular topic in the news media over time, and they are frequently portrayed in a range of pop culture and entertainment contexts. Popular movies and best-selling books both feature fictional killers like Hannibal Lecter.

Small-screen dramas like Criminal Minds regularly highlight the horrific deeds carried out by a variety of violent psychopaths. In the media and entertainment sector, true accounts of serial killers like Ted Bundy, John Wayne Gacy, and Robert Pickton have also proven to be popular topics. Many people appear to be fascinated and horrified by serial killers and their propensity for perpetrating horrific acts of violence.

In terms of documented serial killers, the US has the most cases—2,625—in the world, according to a 2015 report in The Huffington Post. Despite all the media attention that serial killers receive, according to the FBI, less than 1% of murders in the nation are perpetrated by so-called serial killers who have killed at least two people several times. Based on data, it appears that vulnerable groups like hitchhikers and prostitutes are the main targets of serial killers.

According to the Serial Killer Database, which records murders from 1900 to 2014, Alaska has the most serial killings in the US. The sad distinction of having the highest rate of violent crime in the country also belongs to the northern state. Robert Hansen, who admitted to killing 17 women, was a prominent serial killer in Alaska.

Numerous notorious serial homicides were committed in Florida by offenders like Ted Bundy and Aileen Wuornos. Bundy was convicted of kidnapping, raping, and killing over thirty people in Colorado, California, Utah, and Washington; however, it was his 1978 murders of several women in Florida that led to Bundy’s conviction and subsequent death sentence in 1989. After being held responsible for the 1989–1990 murders of seven men in Florida, Aileen Wuornos rose to fame. Wuornos was given the death punishment and was injected with a fatal dose in 2002.

California has also been host to many of the most widely reported serial killings in recent memory over the years. The cult leader Charles Manson, the so-called “Night Stalker” Richard Ramirez, the “Freeway Killer” William Bonin, Charles Ng, and the as-yet-unidentified “Zodiac Killer” are some of the most well-known serial killers that tormented California’s inhabitants.

The number of serial killings in Washington State is similarly high. Gary Ridgway, often known as the Green River Killer, was among the most active murders in US history. Despite confessing to the killings of 48 victims, who ranged in age from roughly 12 to 38, during his killing rampage that started in 1982, authorities believe that Ridgway is also to blame for a total of 90 deaths. Currently jailed and serving a life sentence is Ridgway.

Putting more emphasis on the victims of serial killers rather than the gory details of their murders may be one of the primary strategies for dealing with the public’s obsession with them.

It’s crucial to keep in mind that serial killers aren’t anti-heroes, whether this be as a result of childhood maltreatment, mental health problems, or a desire for power and control.

They are driven to repeatedly commit violent crimes because they take pleasure in hurting people, and lack compassion, and empathy. These violent criminals pose a continuing threat to the public and should never be allowed to reintegrate into society, whether the appropriate punishment is determined to be life in prison or the death penalty.