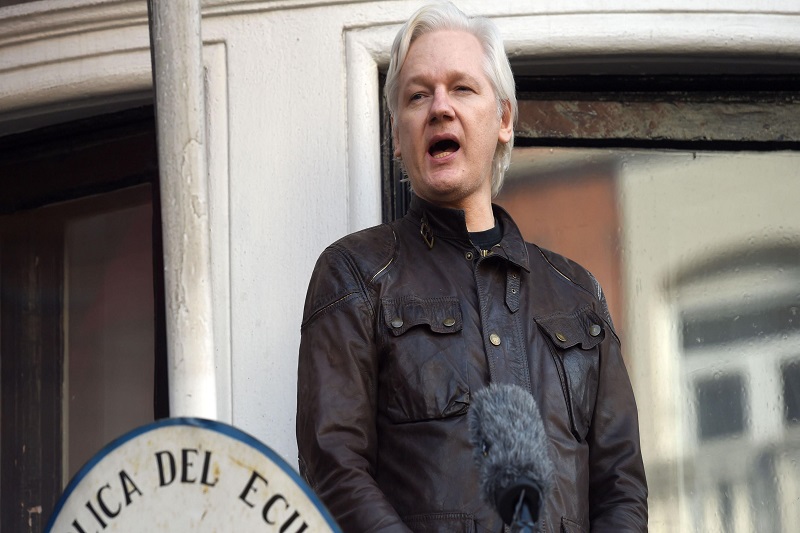 Washington – It was 2017 when Donald Trump settled in the White House, and Julian Assange – founder of WikiLeaks – had been holed up in the Ecuadorian embassy in London for five years. It was then that the leaders of the CIA and the US administration considered the most extreme hypothesis: a plan, with several possible options, to kidnap (and even kill) Assange in case he tried to escape from the diplomatic headquarters with destination Putin’s Russia. A detailed investigation published Sunday morning at five o’clock by Yahoo! News revealed. Top investigative journalists Michael Isikoff, Zach Dorfman, and Sean D. Naylor signed the press investigation.

Based on interviews with thirty former US administration and CIA officials, the Yahoo! News investigation recounts one of the most controversial debates ever carried out between Intelligence and the White House during Donald’s presidency, revealing new details about the US government’s ‘war’ against WikiLeaks. A campaign led by Mike Pompeo – then Director of the CIA and future Secretary of State – waged on a dangerous legal ridge. That would have potentially endangered the work of the Justice Department (which wanted to extradite and prosecute Assange) and which would have risked a crisis with Great Britain, the closest ally of the United States.

Discussions about Assange’s kidnapping occurred “at the highest levels” of the Trump administration, explained a former senior US counterintelligence official: “It seemed there were no limits.” Senior officials within the CIA and the White House have even discussed Assange’s possible murder, going so far as to request “sketches” or “options” on how to assassinate him. Something more than secret conversations, a debate (with for and against), part of the unprecedented campaign launched by the CIA against WikiLeaks and its founder due to the publication of sensitive CIA data (known as ‘Vault 7′) which was, one of the interviewees recalled, “the largest loss of documents in the history of the Agency.” One of the plans also involved the top WikiLeaks militants’ total espionage trying to sow discord among the group members.

Pompeo “was looking for revenge,” the CIA leaders “were completely out of touch with reality, so embarrassed by Vault 7 that they wanted blood.” Trump’s future Secretary of State in 2017 called WikiLeaks “a hostile non-state intelligence service,” a designation that served to take actions “much more aggressive, treating that organization as one does with enemy intelligence services.”

“We had all kinds of reasons to believe that Assange was preparing to escape from the embassy, ​​ hidden in a laundry trolley.” A White House official revealed. It would have been like a big prison breakout movie. “The intrigue about a potential Assange escape had started a” wild race between rival intelligence services in London. “American, British and Russian agencies had permanently undercover agents around the Ecuadorian embassy. In the case of the Russians, “it was to facilitate an escape.” For the United States and allied services to block the escape. “It was comic. It got to the point where every human within three blocks worked for one of the secret services, whether they were street sweepers, police officers, or security guards. “

From Langley, CIA headquarters, only ‘no comment’ arrives. Mike Pompeo refused to answer questions from Yahoo! News, while Donald Trump denied ever ordering these plans to be considered: “It’s untrue.” Assange is now in a London prison. The court must decide on the US request to extradite him on suspicion of trying to help former US military analyst Chelsea Manning break into a top-secret computer network and “conspired to obtain and publish classified documents in violation of the espionage law.”